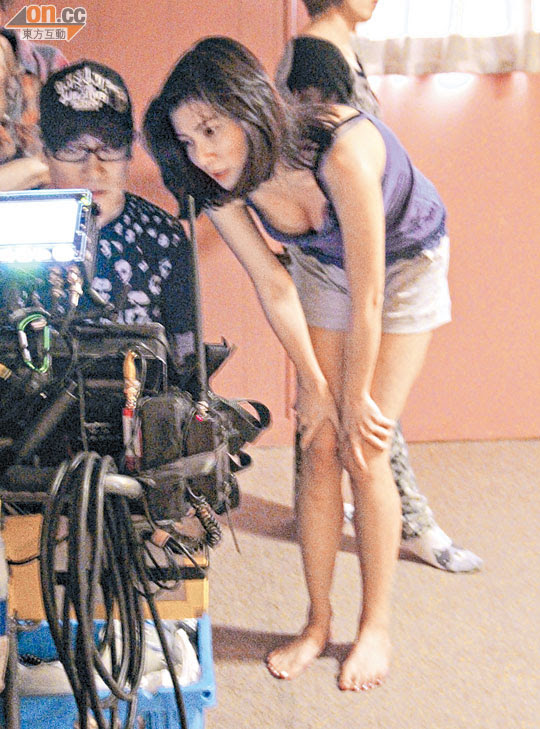 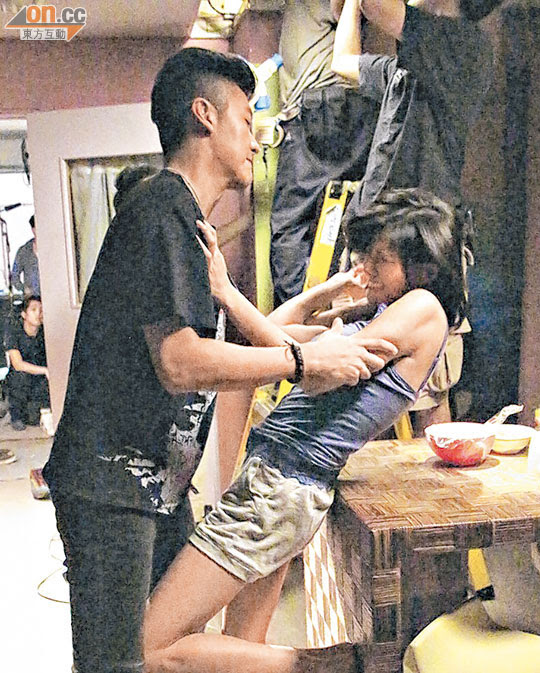 Victor Chen Si Hong recently has been working in the Mainland. Earlier he returned to Hong Kong to work with Wylie Chiu Shek Chi on his first Hong Kong film, in WINTER IS HOPED (DONG LUEN MONG YUT) they played a couple. Earlier they worked on their new film in Tuen Mun.

Aside from romantic scenes, they even had a "fight" scene. Shek Chi and Chen Si Hong were upset, pushing and pulling each other. Shek Chi even slapped him on the chest and his face. Chen Si Hong struck back and busted a glass over Shek Chi's forehead. The glass busting scene even had several bad takes. Shek Chi said afterward that her forehead had a few more bumps. She said, "My head is a little swollen and hurts if I press it, but for work it's not important. I slapped him once. Initially we tested our mark so we weren't worried eye injury." Speaking of Chen Si Hong appeared only in underwear, she did not feel awkward. "At home many people are dressed like this, I would sleep in the nude so it wasn't awkward. I would have a bed scene with him, but because of the film rating issue it won't be topless."

Chen Si Hong revealed that he only took the film because a good friend invited him. Speaking of performing in his underwear, he said that he only found out before the shoot. As for the fight with Shek Chi, he said that he did not hold back. "Right, no one held back. For the film it's no big deal."
Posted by hktopten at 7:34 PM