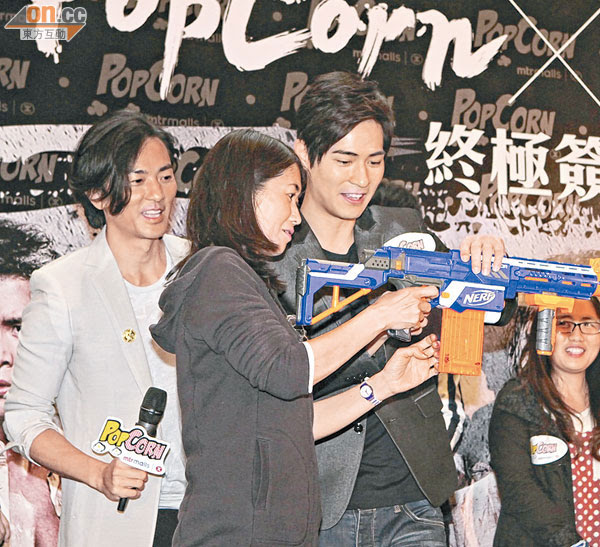 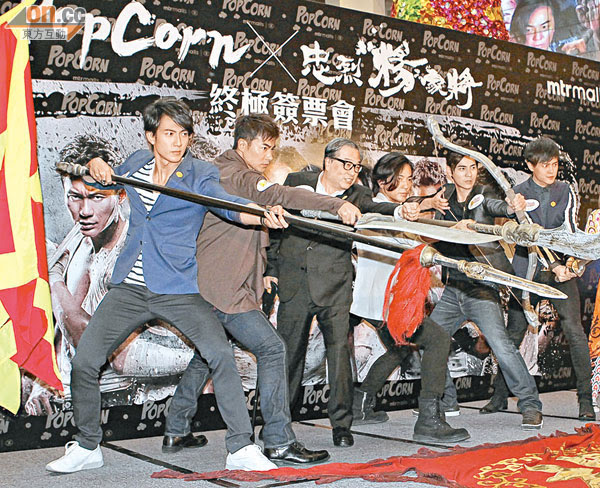 Jai Jai was very convincing with his instruction to the two contestants. He explained that guys like guns. Earlier he had shooting training for a police film. He denied that he gave special treatment to female fans from Japan. "Ekin pushed him out to help. I conversed with her in Japanese. Actually she knew Mandarin and spoke it better than I do." Have they seen Lam Fung's girlfriend Karena Ng Chin Yu on this trip? Wu Chun said, "I know her, we worked together on a movie. We are so busy with the promotion that we don't even see Lam Fung enough."

Ekin after the film promotion will perform concerts in Macau and Guangzhou. Ekin revealed that director Yu Yun Tai had an idea to make a modern version of the film. They were all interested because they had a lot of fun while working together. However, they might not be horse riding heroes again. They might drive hot cars. He said, "I too want to drive a hot car because I am reluctant to buy one. My dream car is an electric sports car, which already exists overseas. The Hong Kong government is too slow as it still has not equipment like charging station and meter, so it's not available in Hong Kong yet."
Posted by hktopten at 1:49 PM