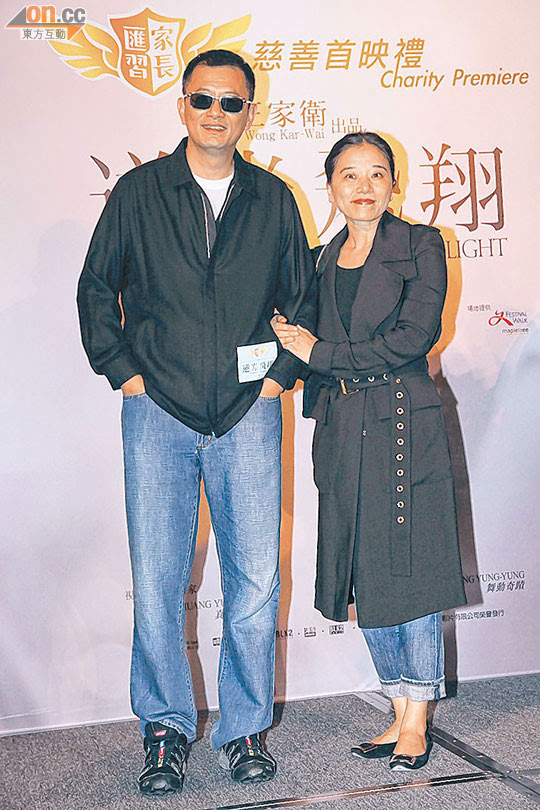 The Wong Kar Wai produced and released, vision impaired genius pianist Huang Yu-Siang starred Taiwan film TOUCH OF THE LIGHT two nights ago held a charity premiere. He praised the film as touching. "In the film, Mama raised Yu-Siang to be independent. Yu-Siang and Cheung Yung Yung (Sandrine Pinna)'s dream chasing was very very touching, but the most touching was the ending, which made the entire matter even more real and is what I want everyone to pay attention to."

Guest Francis Ng Chun Yu shared his parenthood tips. He joked that he loved to strike at his son's self confidence. When his son was being bullied on the playground, he would relax, let him resolve his own problems and train him to be independent. He said, "Everyone gets picked on, you have to see how he resolves it. Afterward I would discuss this with my son and tell him not to cause any conflict, learn to be smarter. When he runs into someone getting pushed he has to duck away." He felt that no one should spoil their son due to the recent family tragedies in Hong Kong.

Liu Kai Chi felt that he was an improved father. He used to feel that a father had to be respected and forced his son to follow his orders. When they had friction he would explosively hit the wall and use strict terms. Although he did not use physical punishment it was still unhealthy. He said, "After my wife spoke to me, I learned to respect my son and talk it out. I also no longer object to my son joining show business in the future." Liu Kai Chi's wife Chan Man Yi created a charity organization to provide parent educational services. The premiere also benefited the organization and HK$350,000 was raised. Tang Chi Fung donated HK$100,000 on behalf of the Hong Kong Artist Golf Association.
Posted by hktopten at 2:21 PM