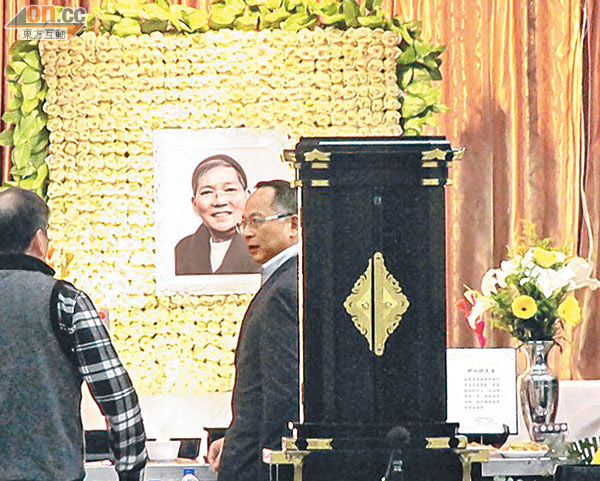 Veteran actor Kong Ngai (originally named Tang Siu Yi) on the 13th passed away due to lung cancer at the age of 81. Yesterday services began at the Universal Funeral Parlor and the funeral took place today. The remain will be transported to the Diamond Hill Crematorium for cremation. The funeral will be a Buddhist ceremony by Soka Gakkai International of Hong Kong as Kong Ngai wished.

Because Kong Ngai's family hoped the memorial ceremony will take place in a peaceful and stern atmosphere, only family, friends and Kong Ngai's friends from Soka Gakkai were admitted as the service was not open to the public. Kong Ngai's niece Mrs. Au said that the organization after her uncle's passing presented him with the honorary certificate for his contribution to it. They will burn a copy to him. His ashes will be placed in Hong Kong. She said that Uncle kept an open mind and did not have any unfulfilled wish. After getting sick he was already prepared mentally.

Kong Ngai's photo was black and white. On both sides of the altar were floral arrangements from friends like Andy Lau Tak Wa, Lau Ching Wa and Amy Kwok Oi Ming, Adam Cheng Siu Chau, Liza Wang Ming Chuen and Law Kar Ying. A Buddha altar was in the center for chanting service.