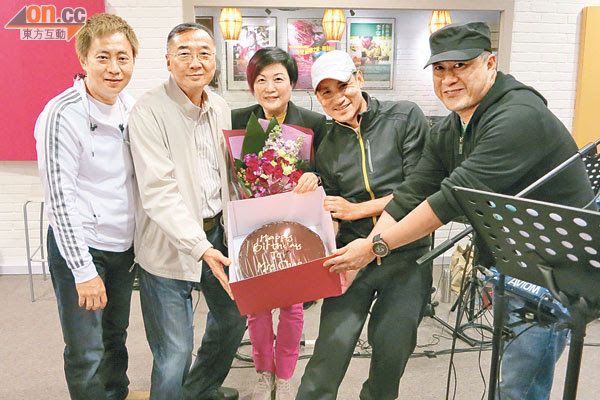 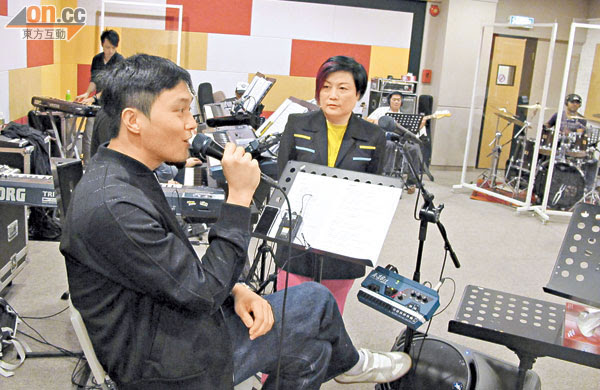 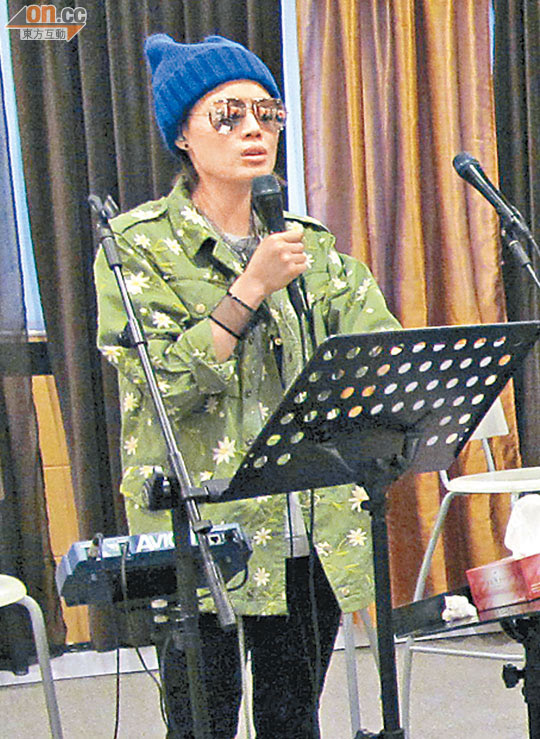 Next Monday, April 1, will be the 10th anniversary of Gor Gor Leslie Cheung Kwok Wing's passing. His former manager Chan Suk Fun will hold two different format memorial concerts at the Hong Kong Coliseum to reminisce Gor Gor's glory with fans and viewers; on Sunday the 31st many of Gor Gor's friends will participate and perform in the MISS YOU MUCH LESLIE concert. Because Gor Gor had many real friends in the business, everyone hoped to be able to do their part on this day. They included "Song God" Jacky Cheung Hok Yau, Vivian Chow Wai Man, Kelly Chen Wai Lam and Joey Yung Cho Yi, the Grasshoppers and Julian Cheung Chi Lam. They recently have already begun to rehearse for the concert in order to make this a night to remember, to provide a perfect performance for Gor Gor's friends and fans and to leave a beautiful memory.

Although the singers were busy they still took time to rehearse. This time the concert director Chan Suk Fun also attended; she not only provided suggestions for the performance but also wanted to personally thank the guests for their support for this memorial concert.

Last week during rehearsal, Cheung Hok Yau and the crew held a surprise birthday part for Mrs. Chan. He and the crew schemed and suddenly brought a cake and flowers to Mrs. Chan as they sang the birthday song. Actually March 22nd was Mrs. Chan's birthday. Hok Yau was very attentive and even presented a surprise. Mrs. Chan said that originally in order to prepare for this concert and with her friend Teacher Hui Pui's passing she planned to quietly spend this birthday, but she was surprised and touched to receive everyone's well wishes.

At the same time Mrs. Chan also thanked everyone for their support of the MISS YOU MUCH LESLIE concert. That night it will be broadcast globally for Gor fans around the world to remember Gor Gor together.
Posted by hktopten at 2:21 PM