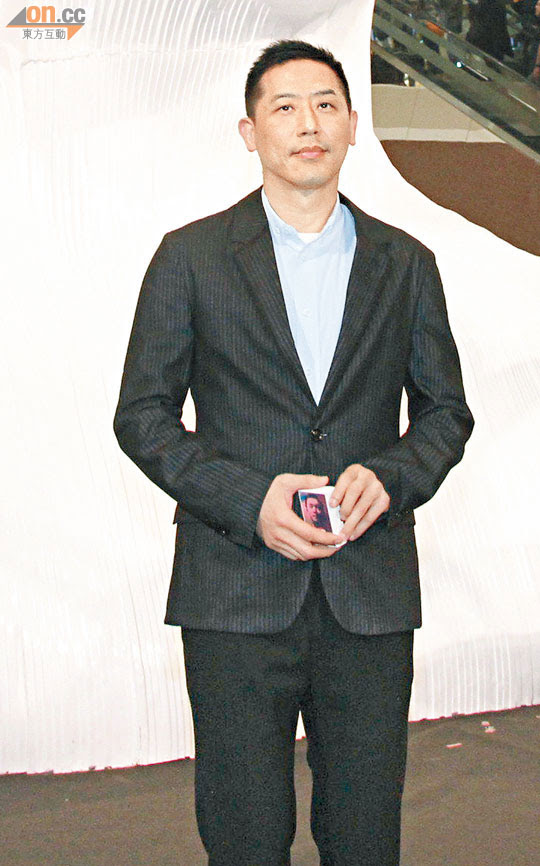 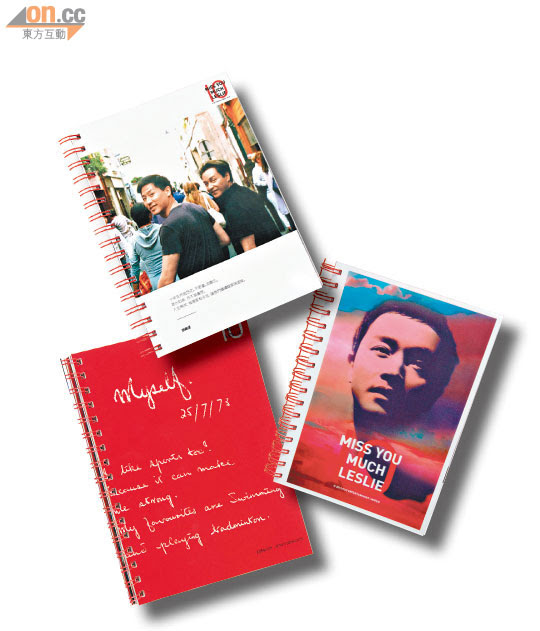 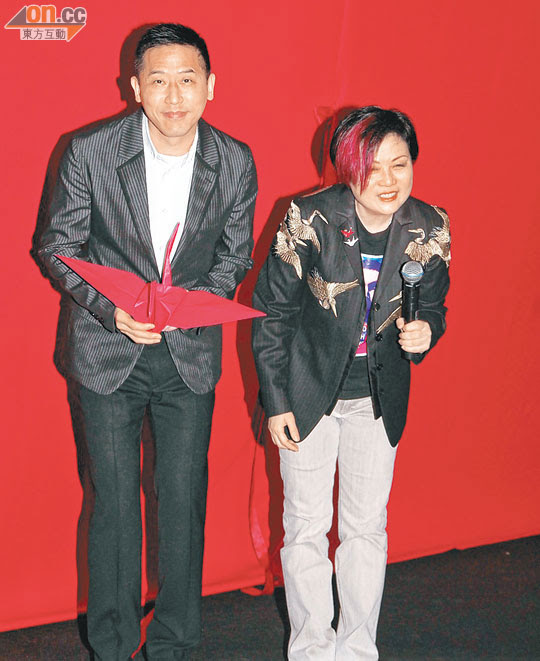 On April 1st, 2003, Leslie Cheung Kwok Wing jumped from the Mandarin Oriental Hotel and ended his colorful life. Gor Gor's beloved Daffy Tong Hok Tak yesterday made a rare appearance at the MISS YOU MUCH LESLIE exhibition opening ceremony. Although he smiled in front of others, he remained lonely. 10 years after losing his love, he still was covered in scars. He quoted the lyrics "Willing To Set A Date In Lifetime to Embrace Again in the Next" to continue his relationship with Cheung Kwok Wing.

Rarely appearing in recent years in public, Tong Hok Tak after consideration yesterday morning confirmed his attendance of the Causeway Bay Times Square MISS YOU MUCH LESLIE exhibition opening ceremony. After 2PM Tong Tong left his home and drove to the site. After 10 years, Tong Tong remained haggard and unhappy. When he appeared in public he finally forced out a smile and often waved to "Gor fans".

Tong Tong in the company of Cheung Kwok Wing's manager Chan Suk Fun carried a giant red origami crane that he personally folded for Gor Gor when he appeared. He simply said to the thousands of fans, "Thank you everyone! Thank you Mrs. Chan! Thank you". Then he unveiled the 6 meter tall bust of Gor Gor and placed the giant origami crane on the arches. After the Guinness World Record examiner announced that the 1900,119 origami cranes have become a world record, Tong Tong represented Gor Gor in accepting the certificate and said that this gift from the fans would definitely have touched Gor Gor.

At the event, Chan Suk Fun presented an origami crane pin and well wishes to Tong Tong, who simply answered, "Everyone is very happy". After the opening ceremony ended, Tong Tong did not look at Gor Gor's bust, after taking a lap of the venue and left for home. Actually, although the wound of losing his love for ten years looked healed but still hurt in his heart. Tong Tong in his email reply to Ming Pao Weekly first thanked Gor Gor's fans for their love for him, for everything that they have done for Gor Gor over the years, and their condolences through letters, voice mails and the occasional violation of his personal space. He was very moved that everyone have not forgotten Gor Gor. Tong Tong recalled that he used the ostrich strategy and flew to the U.S. to avoid the fact of Gor Gor's suicide on April 1, thinking that he would be able to forget the pain this way. Later he finally realized that hurt would not lighten due to time and space changes. He wrote, "As time faded, the wound finally healed but the scars remained!" Tong Tong said that over the years he would choose to stay home to spend this trying day, fortunately a group of good friends and Gor Gor's relatives often sent their condolences and kept him company on this painful day. For 10 years, Tong Tong's life remained the same. Aside from playing sports he would dine with friend and is learning to live well everyday to repay those dearest to him. Finally he quoted Gor Gor's classic hit THIS LIFETIME's lyrics, "Permit me here to say to Leslie 'willing to make a date in this lifetime to embrace again in the next'."

Chan Suk Fun pointed out that Tong Tong has always been low key and did not want to become the focus, but finally "Gor fans" still moved him to agree to attend the event and represented Gor Gor in accepting the fans' gift. How was Tong Tong? Chan Suk Fun said, "Happy and touched! He wants to tell everyone that he is moved and is living very well. Please everyone stop worrying about him." Chan Suk Fun said Tong Tong has always been very supportive of this memorial event and she was very happy that Tong Tong was willing to represent Gor Gor and attend. She said, "Over these 10 years, Tong Tong wanted to thank fans and friends who loved him, loaning Gor Gor related personal collections to share with everyone like awards and stage costumes. The clothing has been in storage for a long time, I had a lot of pressure too." Did she invited Tong Tong to attend tonight's Miss You Much Leslie concert? Chan Suk Fun said that she invited him to attend all the events.

Two versions of HK$220 Gor Gor notebook were available for purchase, they included valuable photos like Gor Gor and Tong Tong's intimate photos; as well as Gor Gor's Chinese and English writing. One of the English ones was from 1973 (age 17) titled "Myself". He wrote that he liked sport because it made him strong, his favorite was swimming and badminton; the words were as elegant as he was. The other draft was from his 2000 photo book, the first draft of Gor Gor's foreword. His Chinese words were very straight and clearly written.

The exhibition yesterday evening opened to the public and was jam packed. The lines were long for souvenir purchase. Some of the souvenirs like the 12 inch figure, pins and tee shirts were sold out immediately. Chan Suk Fun was on hand to supervise everything but was surrounded with autograph and photo requests. A Japanese fan Ms. Watanabe and a group of friends came to Hong Kong for the exhibition and the concert tonight. She was disappointed that she was unable to purchase the 12 inch figure and the photo book. She said that she did not like Gor Gor's bust, feeling that it was horrifying and was not handsome enough.

Leung Leung and Ah Jing from Guangdong said that they only liked Gor Gor after his passing. They liked his movies and music and his real personality. They thought that the exhibition was too open, everyone was able to touch the bust, which they did not feel right about. As for Gor Gor and Tong Hok Tak, they thought that artists' personal lives should have some personal space. Fans Ah Sip and Chau Suen felt the respect that everyone had for Gor Gor and Gor Gor was very influential.
Posted by hktopten at 2:09 PM