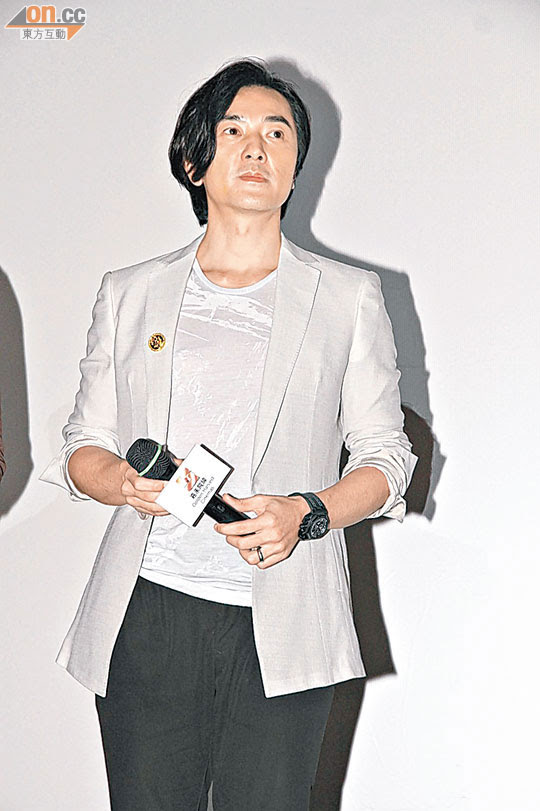 Dior Cheng Yi Kin two days ago attended a SAVING GENERAL YANG (JUNG LIT YEUNG GA JEUNG) audience appreciation with Mainland actor Yu Bo. Ekin said that originally he wanted to take his on screen brothers to Lau Fau Shan for seafood, but because the schedule was too tight he had to abandon the plan to fly to Singapore and continue the promotion two nights ago. Has his wife Yoyo Mung Ka Wai seen the film yet? He said not yet, if he had any ticket he would give them to friends first. Ekin had a lot of confidence in the box office and heard that many people cried after watching it; when he, Yu Bo and the director watched it he cried too.
Posted by hktopten at 2:03 PM