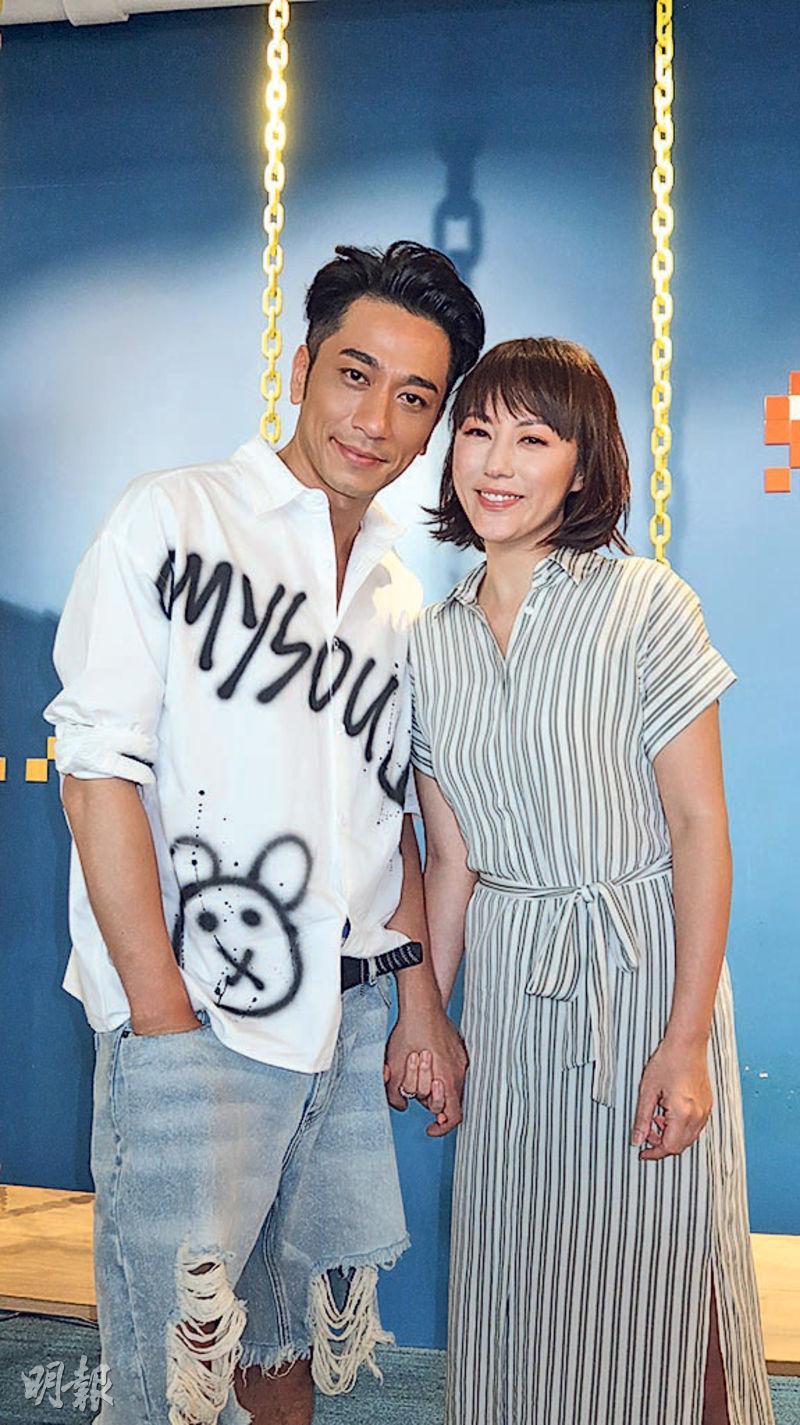 Ron Ng Cheuk Hei and Annie Liu (Lau Sum Yau) earlier promoted their film LADIES' MARKET (NUI YUN GAI JOI GEIN LIU). In the film they in an escape from the mob had to drag two children along with them. The film shot in Mongkok's Ladies' Market. Sum Yau could not forget how she was injured during the chase scene.

In the film they had many scenes with two child actors. Ron praised them for being very smart. Sum Yau also pointed out that the child actors were smart and full of energy. Sometimes they worked until very late but they were still very spirited, bringing a lot of energy to their characters. Ron also said that with the two child actors they not only had no generation gap but they even became friends. Even though the film has been completed for three years they were still in contact. Ron joked that he did not know why he was able to make friends with children.

Did they have any intimate scene? Ron joked that in the film holding hands was already the most intimate, not to mention that they only held hands because they were on the run. Did he like to play some heavier roles? Ron stated that he liked heavier roles. "I am a little deranged, I like to play heavier, sad and brokedown characters because in real life I very rarely would run into something like the sky caving in." Sum Yau said that she liked more physical movement. She liked both action and dancing because she was able to have a release from them and bring herself into balance. She also liked to play professional roles because she would be able to learn professional knowledge from playing these roles.

In the film they had to face a crisis. Under the pandemic he would they face hardship? Sum Yau said, "Before the pandemic I had a lot that I wanted to do, but I would think about what would happen after I did them. After the pandemic, I would do what I want to do, I wouldn't think anymore. I kept a bird, for now it is the greatest promise in my life because it is a life. I didn't keep it because I was bored, I want to raise it well. Now I have the feeling of being Mama. Sometimes I would think whether the bird was fully fed?" In addition, during the pandemic she had more time to do other things, leading to her interest in drawing and woodworking.

Ron said that during the pandemic he stayed home more to be with her family, to keep from Mommy and the domestic assistant from going to the market and becoming infected. He stated that his state of mind did not change much. The most important was to live in the present, do what you want to do.
Posted by hktopten at 7:01 PM