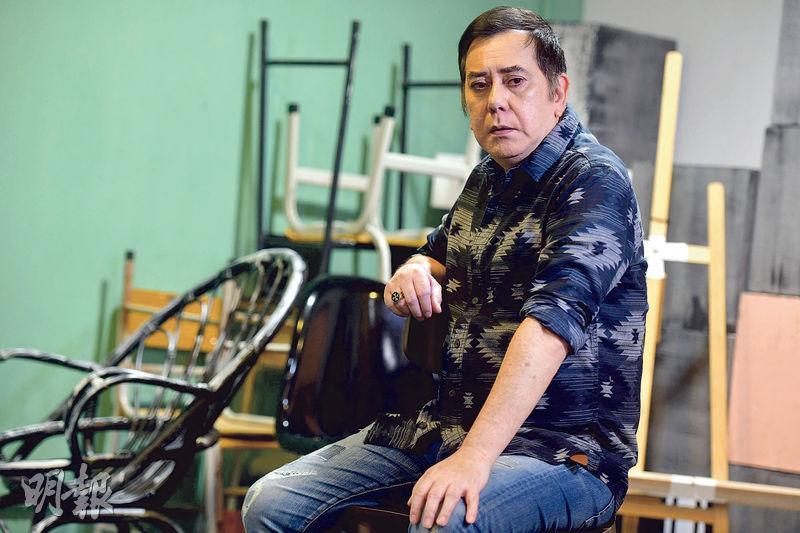 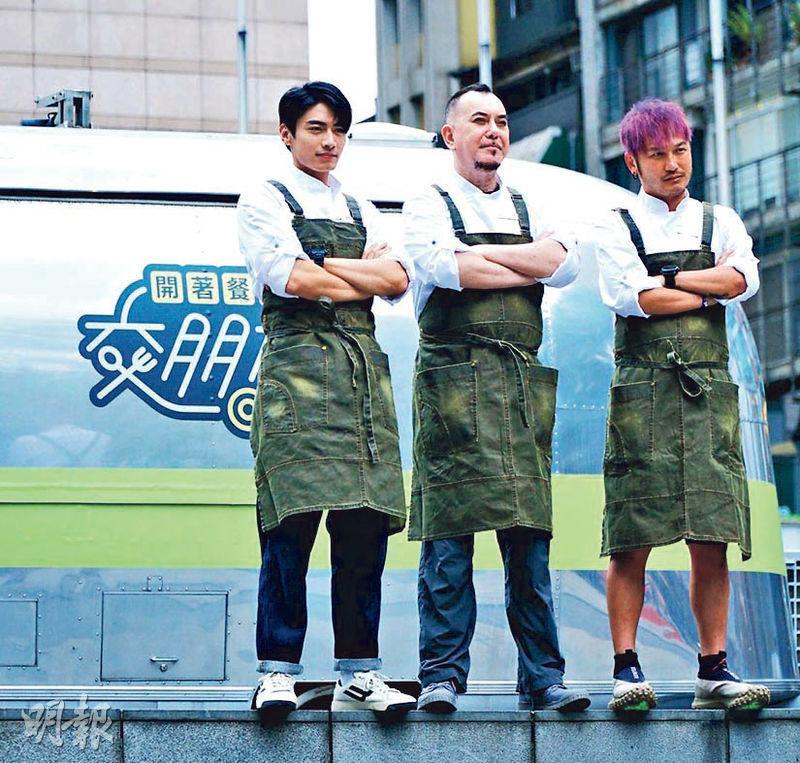 Going to Taiwan last year for HEAVEN ON THE 4TH FLOOR and FRIENDS BY FOOD TRUCK, Anthony Wong Chau Sun earlier returned to Hong Kong for prepare for the middle of this month's run of the play ART. He said that he did not hope this to be the final play he would perform in Hong Kong, but now Hong Kong is very different from the one he used to know -- with a lot of unknowns. Turning 60 next month, Chau Sun said that he did not have as much displeasure and rage inside as he used to. He was very peaceful, very balanced, he really liked the him now. Yet after decades in the business Chau Sun said that he had depression during this period. "I am already finished. I treat myself no longer a part of this circle, not so because this circle is already finished too. At least that format before is finished. Even if any so-called film would exist, it would already be different from the world that I took part in."

Wong Chau Sun in mid August would perform the play ART. Based on French playwright Yasmina Reza's claim to fame ART, the play has been adapted and performed by many before -- including the Dayo Wong Tze Wa starred 2008 play. However Chau Sun was not worried that the audience would compare him to Tze Wa. He felt that the interesting part of the stage was that it did not matter who performed the play and how many times, because each had their own performance methods. He once witnessed two actors performing the same script, delivering the same lines. The reactions could be a difference of complete silence and belly laughs. They were very extreme.

Playing the same role as Tze Wa, Chau Sun never saw that version of ART. However he could imagine how Tze Wa performed, which probably was cooler and more philosophical. The style and rhythm would be completely different from his this time. "My character is more despicable, merciless with his words. (Like yourself?) That's right, but performing to not resemble myself is the technical issue. With some impersonation, imagination, rhythmic and tone changes, in the process of rehearsal with co-stars I slowly search for the character." In ART he would work for the first time with two Performing Arts Academy junior colleagues Chan Suk Y and Chu Pak Hong. Chau Sun said that Chan Suk Yi had rather rich stage experience and a great grasp of comedy. They had a common language and communicating was very easy. They did not need to waste time to get their gears in line. He felt that Chu Pak Hong was also decent, with a very powerful explosiveness.

In the show three good friends had different points of views over a painting and could not stop fighting; Chau Sun said that this feeling was very familiar. During rehearsal he was reminded of his dinner with Francis Ng Chun Yu, Sean Lau Ching Wan, and Dayo Wong Tze Wa. They were often all red from arguing over something trivial, but their relationships were not harmed. No one ever slammed the table and left. Would Tze Wa win every time? Chau Sun denied that and said tht they were very evenly matched. "Tze Wa spoke softly, and was very good with words; Chun Yu wasn't weak either, with his quick with he shot off words like a machine gun and got his in in a very roundabout way; Ching Wan was quiet but struck right on the spot, which made everyone shut up immediately." Chau Sun felt that if they were able to work together it would be rather interesting, but it would be very hard. He joked that everyone had different ideas, so they could not rehearse at all. How could they get to the official run?

Speaking of this time might be for his temporary farewell to the Hong Kong stage, Chau Sun said, "I hope not, but for now I can't see a lot of opportunities of performing in a play again in the future. Aside from the pandemic, there is a variety of unstable elements." The biggest effect the pandemic has had on him was no job? He said, "I haven't had a job for a very long time, many other reasons caused that. (After the performance would you head to Taiwan for work?) Taiwan seems to have a lot of opportunities, but whether actual opportunities are right in front of me, no; only the possibilities may be a little great. Hong Kong has zero possibility, what else I can do? No movie or series is offered to me, now the stage is like this. Now is very different from the Hong Kong I used to know!"

Chau Sun has been in the business for decades and experienced rises and falls. To him is right now the most difficult moment? He said, "I am already finished, I treat myself like I am no longer a part of this circle; not so because this circle is already finished too. At least that format before is finished. Even if any so-called film exists from now on, this is already different from the world I took part in. The whole thing is finished, I can't go back. (Completely no chance?) At least I am telling myself not to dream, and not to blame myself for the career that I have worked hard to build vanishing in a moment. This would only make myself hurt more. (Have you been unhappy?) Certainly. (How did you adjust?) The experience that I have accumulated, the thought I have accumulated. However much I have inside is showing up now. No difficulty is invisible."

Chau Sun used being tested to described this period. "Extremely large test, during testing there might be failures, falls, depression, unhappiness, from which I would give up on myself. (Has you had depression?) Yes, but not too serious. Because it is a long period of change, at first I would comfort myself, tell myself 'it doesn't matter', 'don't think about it', 'let's wait and see', but when there really is completely zero job, what can I do? I would this worry, become depress, then stand up anew. The whole thing is slow. Now I would suddenly be unhappy, depressed, because ahead is still darkness, a dead end." Chau Sun said that he was no longer in his 20s or 30s, with the energy to learn a new skill or immigrate. He will turn 60 soon, what else can he do? Thus wherever there is work he would go, this is a question of survival."

Chau Sun no longer has a longing for the Hong Kong entertainment circle. After such a long time, he kept thinking about certain things -- one of which is where he would miss anything. The entire process has been a huge digestive process. "Of course after all the time and the storms, rises and falls, a lot of halo, a lot of things should be cherished but I didn't cherish them. Among them of course are many stories. I would ask myself why I didn't miss them. Actually I long for the stage, but the stage I really can't make a living from. If the stage can make you live pretty good, survive, I would choose the stage more than film."

Wong Chau Sun will turn 60 in September. Did he get sentimental? He said, "The feeling is very strange, young people see 60 as very old. Now I am turning 60, I don't feel it is; although my body is starting to slowly deteriorate, the quality of my sleep is better than before. My life and diet are stable, I have less desire, I even drink less. Inside are less displeasure and rage than before, very peaceful, very even, I really like myself now. The pace and the way I speak are different. (Is it a good thing?) Actually it's not that I am not upset at things outside, but I can only another way to express it. My attack method before didn't work, it doesn't mean that my method now won't. Since this way doesn't work, then using it again would be pointless."
Posted by hktopten at 7:36 PM