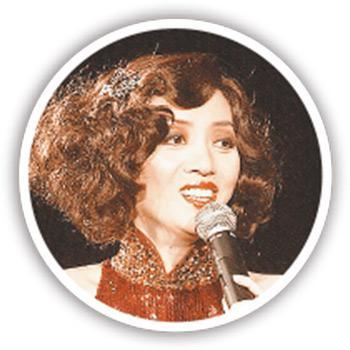 In the latest trailer, many actors including Wong Tanni, Koo Tin Lok, Lam Ka Tung, Yeung Chin Wa, Liew Chi Yu, Tony Yang, Carlos Chan Ka Lok, Ram Chiang Chi Kwong, Waise Lee Chi Hung, Jason Chan Pak Yu and others talked about Sister Mui and how much they cherished and admired her. They hoped Sister Mui's spirit would continue on through this film. Koo Tin Lok remembered that Mui Yim Fong really took great care of and cared a lot about people, she was also very honorable. "The spirit that Sister Mui taught us is to persevere, not to give up on ourselves. Nothing could stump her, she would definitely do what she wanted to do." Lam Ka Tung described Sister Mui as an icon while they grew up. "I feel every era would have the chance for a classic to appear, but legends wouldn't always appear. This was a role model, how she used the shortest time to develop herself the most and to the best to show the audience." Yeung Chin Wa praised Sister Mui as a very noble person.