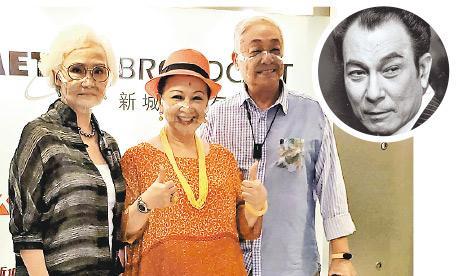 Tsang Kong and Suet Nei during the Cantonese film era worked on many wuxia films. Suet Nei said, "I was a basic actor for 25 films, then after I broke out I made another 25 films in a year." Tsang Kong said that was not considered much. He in a year made around the same amount of wuxia films as Suet Nei did, before counting his modern films with Josephine Siao Fong Fong and Connie Chan Bo Chu.

Sister Ka Yin pointed out that back then they often had to work on two movies in a day. Did Tsang Kong have any time to rest? He said, "I napped on the set, not sleeping is unimportant. However at the time movies had no stunt double, everything was personally done." Suet Nei felt that the toughest was one take straight, as she still had to memorize over 20 moves. Tsang Kong agreed, "A dozen or so moves at once really would hard to take, at first I didn't know. The hardest was to coordinate with so many people. If one messed up then everyone had to start over. Early in the shoot I still had the energy, but after 20 takes I just lay there."

Sister Ka Yin pointed out that actors did not know how to take care of themselves before, as they personally performed wire work or trampoline work. Tsang Kong said, "At the time I was young so it didn't matter, but after getting old no one could, aside from Uncle Kin (Shek Kin). I was very afraid of fighting with him, he had a kung fu background, we didn't. Sometimes he would add one move or more, I couldn't handle it." Sister Ka Yin also said that Uncle Kin was very tough. "When he pat me on the shoulder, my whole shoulder was bruised." Suet Nei said, "Uncle Kin came to congratulate me at my wedding and shook my hand, in the end he injured my whole hand." Sister Ka Yin also praised that martial art coordinators Master Tong Kai and Master Lau Ka Leung made great contributions to wuxia films back then.