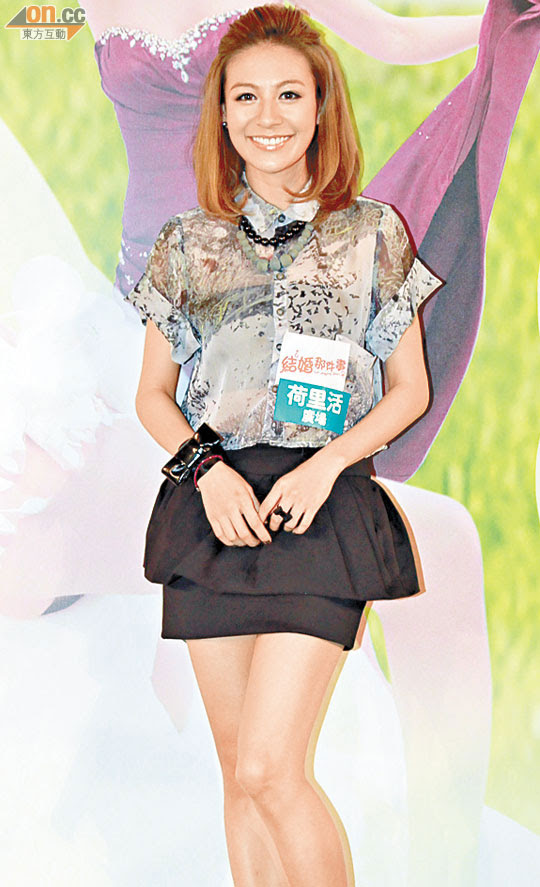 The film THE WEDDING DIARY two nights ago held its Hong Kong premiere. Attendees included Elanne Kong Yeuk Lam, Aniu and director Adrian Teh (Cheung Kin Kwok). Aniu's birthday was on August 31 and the director's was on September 1, while Kong Yeuk Lam's was at the end of September. Thus fans presented cakes for them to celebrate with.

Aniu came to Hong Kong to promote for a day then had to return to Malaysia, as he was busy with THE WEDDING DIARY 2 theme song and his own record. He never guessed that the film would be released in Hong Kong. Kong Yeuk Lam pointed out that THE WEDDING DIARY was released last Valentine's Day in Malaysia and was very popular. The film company immediately started work on the sequel. She said that they got married in the first film, they became parents in the second. If the second film would receive great response, she too wanted to make a third film. Then they could have a third party between them.

Did they get a raise for the sequel? Aniu said, "OK." Were they worried about the Hong Kong box office? Aniu said that he was already very happy about the Hong Kong release. Aniu and Elanne Kong became a couple team after making these two films. Would they receive more performance offers? Aniu would like to but so far he has not. Kong Yeuk Lam said, "Me too! Aniu, I have to depend on you."
Posted by hktopten at 3:37 PM