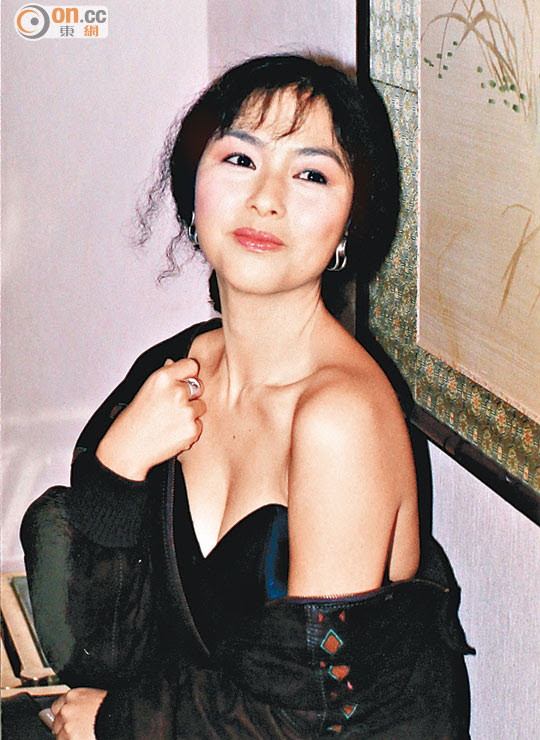 Former TVB artist Michelle Sze Ma Yin was diagnosed with gastric cancer. After removing her stomach and chemotherapy her condition improved. Yet at the end of last year her health was rumored to have deteriorated and earlier even her death was rumored. Yesterday her family finally confirmed that Sze Ma Yin peacefully passed away in her sleep on the 10th. She was 51.

Yesterday, Sze Ma Yin's family through their public relations company announced the news to the media. "To our friends in the media: after a long term battle with cancer, our beloved Sze Ma Yin peacefully left us in her sleep last weekend. Thank you everyone for your concern all along. During this extremely difficult time, please accept and respect her family's wishes to handle her affairs in a low key manner and decision to bid her farewell in completely private space. - Sze Ma Yin's family"

The cancer fighter Sze ma Yin had gastric cancer, but she actively fought cancer in life. After a surgery to remove her stomach and chemotherapy, her condition improved. In 2013, she and her husband Togi Gouw (Ng Chung Yi) flew to Holland to renew their wedding vow and traveled the world with their sons Ian Gouw (Ng King To) and Brian Gouw (Ng King Yiu) for some family time. Unfortunately starting at the end of the year her health was rumored to have taken a turn for the worse. Sze Ma Yin last Christmas posted a family photo on Weibo, but she looked very frail. Her weight even dropped to only 50 pounds. Last Saturday suddenly her death was rumored, but her family did not respond at the time. Her friends also kept quiet. Then yesterday Sze Ma Yin's family finally announced the news of her death to the media.

After Sze Ma Yin's passing was confirmed, many eulogized her online. Chow Mei Fung even posted their past photos online. "At this time my emotions are hard to describe. Life has no so-called lost. The sun rises and the sun sets, flowers bloom and flowers wilt, seasons change, no matter who passes there is no way to hold on to them. The most important is not to take any regret with them. Here I use my most sincere blessing, walk toward the light in joy and happiness! One day we will meet again for a party. Here, I ask friends in the media to give me some space. Thank you everyone for your concern. Missing you, Michelle." Another friend Leung Ho Si also asked the media not to disturb her family. "I hope friends in the media would give Siu Ling (Sze Ma Yin's original name)'s family a little more space! For now please do not disturb her family and let them grieve! Thank you everyone in the media for your help! Thank you everyone! Siu Ling, have a safe journey!" Anita Yuen Wing Yi posted, "Brave fighter! Have a safe journey!" Wai Ying Hung posted, "Yin Yin, have a safe journey!"