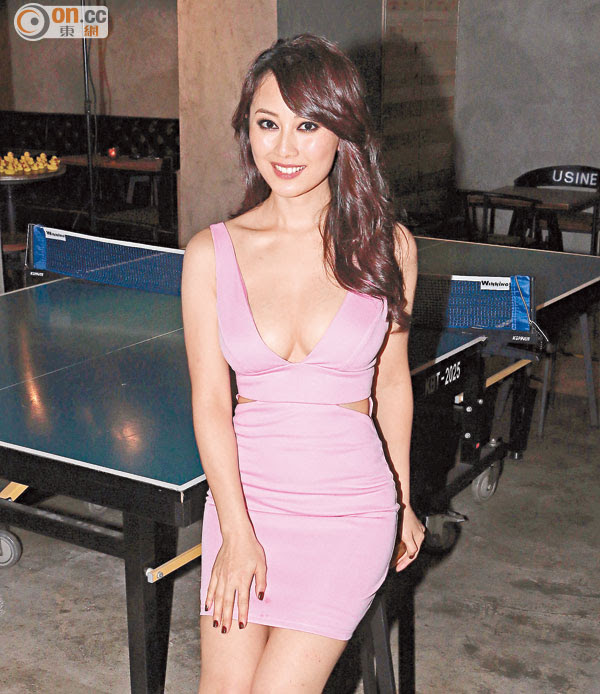 Dominic Ho Ho Man worked on his new film THE GIGOLO (NGAP WONG) with a group of hot girls like Jeana Ho Pui Yu and Candy Yuen Ka Man. Speaking of working on a bed scene with Dominic, Candy admitted that she was topless at the time. The location was full of lights and had over a dozen people, which made her rather tense. "During the shoot I was completely naked. I am not a part of the behind the scene work, so how much is left and how much is cut I have no idea."

As for Dominic, Candy said, "He is very energetic and very active." Dominic immediately clarified, "Maybe she felt wrong. Because at that moment I have to adjust to the camera, the most important is acting. I was very focused on the performance, which you can definitely see. However it won't be dirty." Candy added, "I have love scenes in almost every film, I won't tell (who has a biological reaction). Because some people do and some don't, I don't want to just publicize any of them."

As for the actresses' boycott of Candy and Dominic and Jeana teamed up to give Candy dirty looks, Jeana said, "Some arguments would appear with every film. I feel like it's a learning experience, the collaboration is pleasant." Dominic said, "Right now I am still in contact with the whole team, everyone communicated very well." Did Candy feel she was targeted? She said, "No comment, I would maintain my positive energy. (Will you not work together again?) Nothing is forever, it would depend on the script and the director."
Posted by hktopten at 1:45 PM