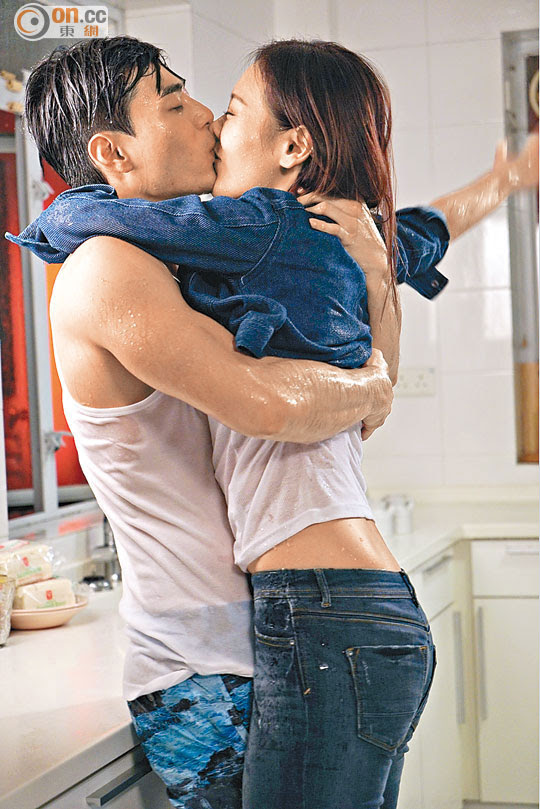 Dominic and Jeana earlier at the premiere kissed three time in front of the public and stole the spotlight. In the film they played a couple, their wet kitchen kiss scene was rather passionate and stimulating!

Dominic said that the passionate performance in front of the camera actually was painful beyond words. "For this scene we worked for two full hours. I only wore a tank top, being all wet I was very cold. Even when we got a shot we had to dry up and get wet all over again, it really was hard to take!" However he joked that Jeana was a "pretty good kisser" and they both were focused in character. "We have been with the same management company for years, but we haven't communicated much so we were too close. With this film we finally truly communicated, on the first day we even had to work on an emotional scene. The feeling was rather interesting. (Would you become a real couple?) I don't know, no one knows what will happen in the future. Let it happen naturally."

Was Dominic as great kisser? Jeana said, "You have to ask him about that, the toughest part about the scene was being wet and the shoot took a long time. (You pressed you chest into him, it was rather passionate.) I wasn't taking the initiative, he held me tight with his Kirin arms. For these kinds of scenes you have to be into int, should we have been miles apart instead?"
Posted by hktopten at 7:37 AM