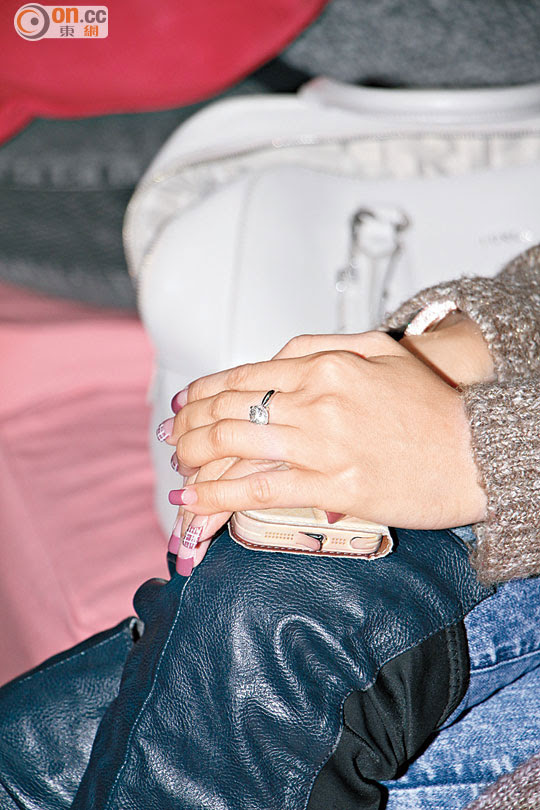 Taiwan otaku goddess Fried Chicken Girl (Ili Cheng Chia-Chen), Kelvin Kwan Chor Yiu, 6 Wing, Barbie Liu (Ha Wai Yu) and director Wilson Chin Kwok Wai yesterday attended their new film ONE NIGHT IN TAIPEI (TOI BUT YEH PO TUEN TUEN JUEN) in Kowloon Bay. A fan rushed into the venue to get a photo with Fried Chicken Girl, although he left at the urging of security her jaws dropped already from being so scared. She admitted that she had a kiss scene with 6 Wing. "This is basic!" In the trailer 6 Wing kissed her chest.

Kwan Chor Yiu said that working at Taipei night spots was like entertainment, has he been embarrassed from getting drunk? He said, "When I had too much to drink I would walk people home!" Soon to wed his girlfriend Calinda Chan Yuen Wai, Chin Kwok Wai said that he wanted to skip a wedding ceremony. He was not afraid of his girlfriend acting up. "Maybe there would be no groomsmen then." Chan Yuen Wai showed off the diamond ring that her boyfriend gave her.
Posted by hktopten at 8:04 PM