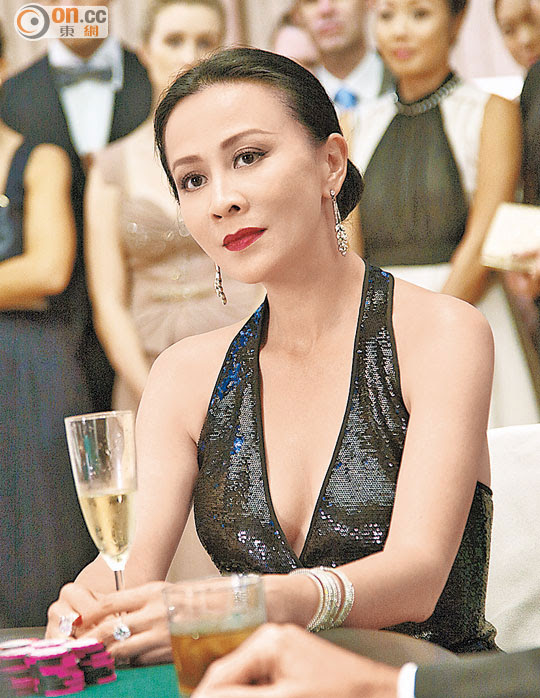 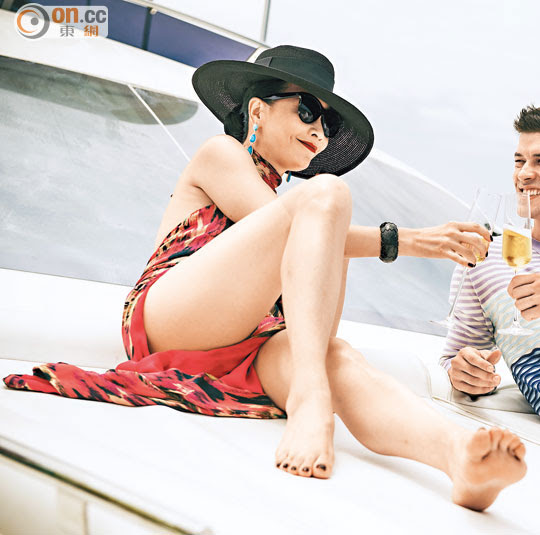 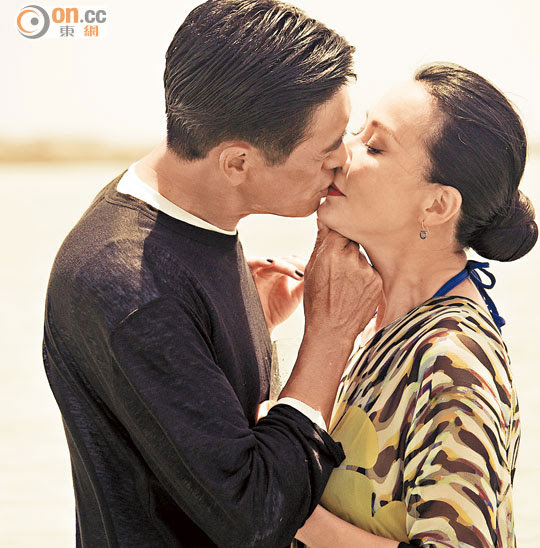 The Wong Jing directed, Andrew Lau Wai Keung produced, Chow Yun Fat, Nick Cheung Ka Fai, Carina Lau Ka Ling, Shawn Yue Man Lok, Angela Wang Shiling starred FROM VEGAS TO MACAU 2 (DOH SING FUNG WON II) will be released in the Lunar New Year. Fat Gor and Sister Ka Ling reunited 20 some years after RICH AND FAMOUS (KONG WU CHING) and NOW YOU SEE LOVE, NOW YOU DON'T (NGOR OI NAU MAN CHAI), Ka Ling thanked Wong Jing and Lau Wai Keung for giving her the chance to work with Fat Gor again. Speaking of her character Mo Chau, Lau Ka Ling said, "'Mo Chau' is a gambler in life, she can gamble with her life, love, career. She either succeeds or fails. She and Chow Yun Fat's Ken are old flames, they may have split at a fork in the road of life. This time after running into Ken agagin, she even wishes to be able to drop everything and run away with Ken. I rather like this character, she is beautiful, mature and a very strong woman."

Lau Ka Ling in the film played Fat Gor's old flame. The film arranged for them to be romantic on the beach of Pai Island, the Sanctuary of Truth and Chonburi Province. They were able to pick up where they left off like a real couple. Ka Ling said, "Earlier director Wong Jing said that he wanted some heart pounding and passionate intimate scenes, which made me rather nervous. Yet when we arrived at the shoot location, the romantic and elegant environment and the bright and sunny weather relaxed us. We rather enjoy this kiss scene." This film even asked William Chang Suk Ping to take care of Fat Gor and Ka Ling's costumes. Sister Ka Ling had seven sets of clothing in all variety. When Fat Gor ran into Ka Ling again he praised, "She is even prettier than before, she really is so pretty that she goes out with a bang! Sister Ka Ling's performance this time can be said as casual and elegant.

Ka Ling was so familiar working with Fat Gor again that they kept chatting nonstop. She said, "During this collaboration, we are both more mature. Everyday seeing Fat Gor at work was like seeing a family member, we are very familiar. Fat Gor would share his views on life, what he has seen and experienced over the years with me, like hiking, diet, how to nourish the body and healthcare. I have learned a lot from him, we really are like two old friends with endless topics to talk about. I think after making this film we will stay in touch privately. I will go hiking with him! He is like an encyclopedia, full of knowledge. You can ask him about anything." They hoped to be able to work together again. Fat Gor even pointed out that this time was a romantic memory and he hoped that the audience will like it too. Ka Ling said that they shot in Thailand for five days and wanted more. She looked forward to working together again on the next film.
Posted by hktopten at 11:37 AM