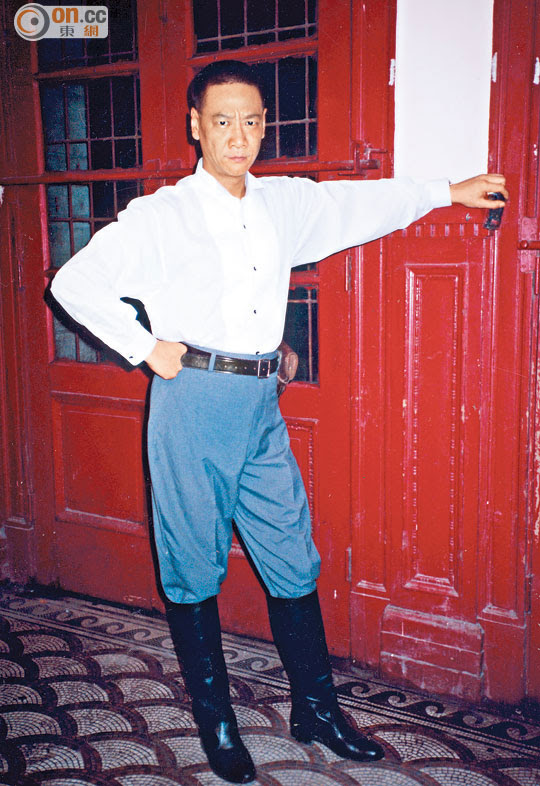 Known as one of the "Four Great Villains" in the business, Ho Ka Kui with artists Shing Kui On, Tommy Wong Kwong Leung and Lee Siu Kay were famous for being "mean". In recent years Brother Kui has been commuting between China and Hong Kong for work, but he has always had diabetes. Earlier he suffered from pleural effusion, which due to improper treatment turned into pneumonia. His condition did not improve as he continued to work while ailing. Earlier he had an accident in Shenzhen and did not notice that his leg was swollen, resulting in delayed treatment. As all the symptoms acted up, he was rushed to the hospital on the 18th but his condition never improved. Yesterday morning around 4AM he passed away from organ failure.

The talented Brother Kui was rather popular in the film industry. He was once Chow Yun Fat's manager. Fat Gor was shocked and saddened to hear the news. "He and I were already very close early on. He was a great person, very smart, very talented, he knew a lot. Back then he worked behind the scene. Director (Ringo) Lam Lan Tung asked him to be an actor and he broke out. it is truly regrettable!" Another one of Brother Kui's friend Ng Chi Hung yesterday said on Weibo, "I just got the bad news of Mr. Ho Ka Kui......Brother Kui had no children, no relative, he was alone when passed away at a Hong Kong hospital!" A friend answered Brother Kui's mobile phone and confirmed the news of Brother Kui's passing, but he was not at liberty to reveal the details.

IMPRISONED's film company boss Stephen Shiu Jr. was very shocked to hear the news." Very regrettable, I never thought that he would pass so soon. It's very sudden." He said that he learned his health was poor, but because he liked making movies he agreed to perform. "His performed very professionally and finished the film. He was very nice, very cooperative. He said that he hasn't worked on one for so many years, I really wanted to make a prison film. This time playing 'Big Mike' again he felt especially connected and even said that it was a lot of fun. He was very happy."

In the film, Justin Cheung Kin Sing beat Brother Kui bloody. Cheung Kin Sing yesterday lamented the loss of another Hong Kong classic. "I am very honored to be Brother Kui's final co-star. From him I learned to be calm and build my own style. The most memorable was working on an action scene with Brother Kui, he often gave me advice." Gregory Wong Chung Hiu said that Brother Kui was a professional and optimistic elder. His acting was also well honed. "I know that he didn't have much family around. If he needed any assistance with his affairs I would lend a helping hand." Actresses Coffee Lam Chin Yu and Ashina Kwok Yik Sam did not have any scene with his film, but have met him and praised how nice he was.

Earlier Brother Kui and Wong Kwong Leung worked together on the new film IMPRISONED, Wong Kwong Leung yesterday was not surprised to hear about his passing. He revealed that during the shoot his legs were already swollen and knew that he already had health problems. "I said I would recommend a doctor to him, he said that he had doctors in the Mainland and would wait and see!" Wong Kwong Leung said that now work for him would be "less work more pay" as he paid more attention to his health. He also hoped to spend more time to be with his family.
Posted by hktopten at 2:06 PM