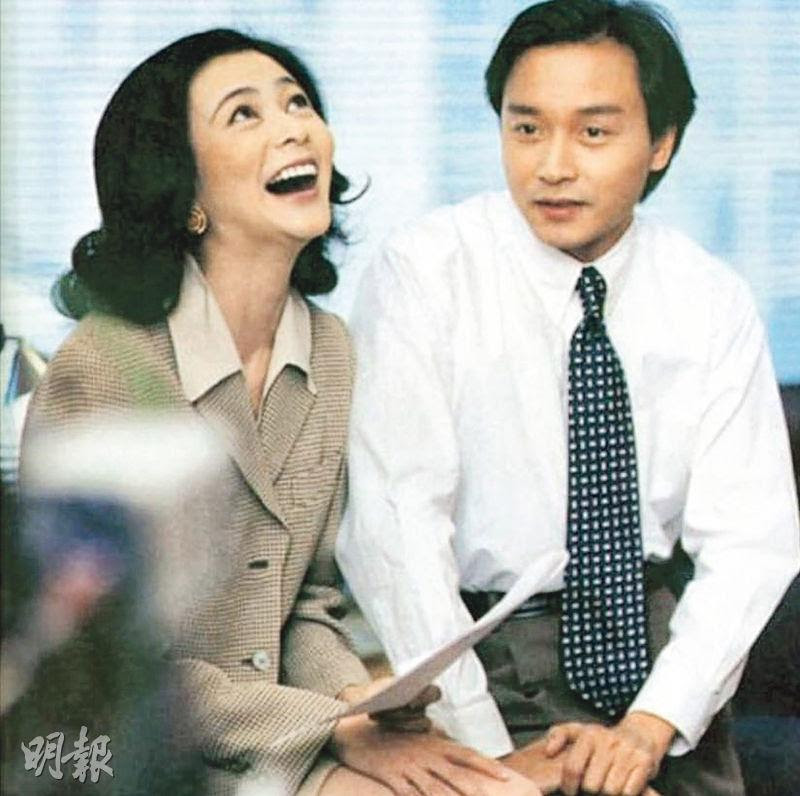 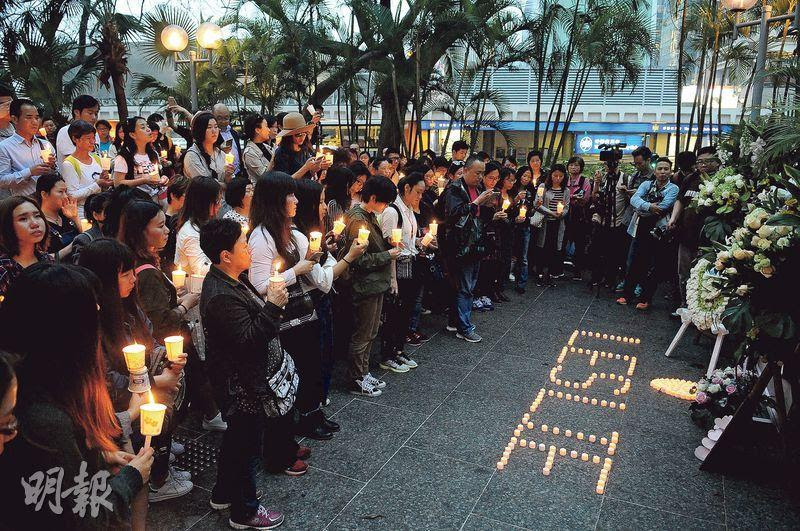 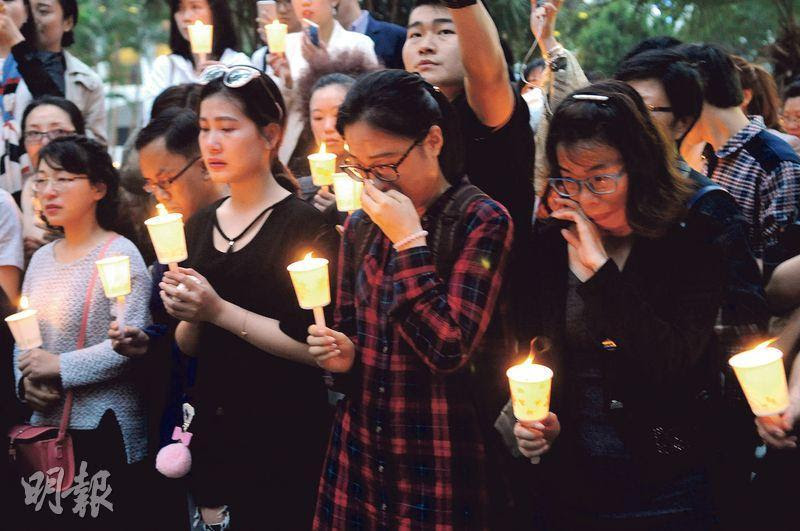 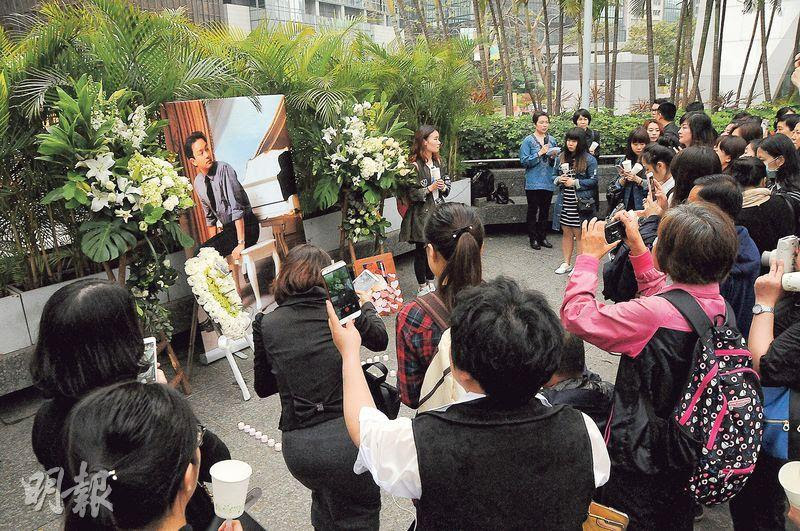 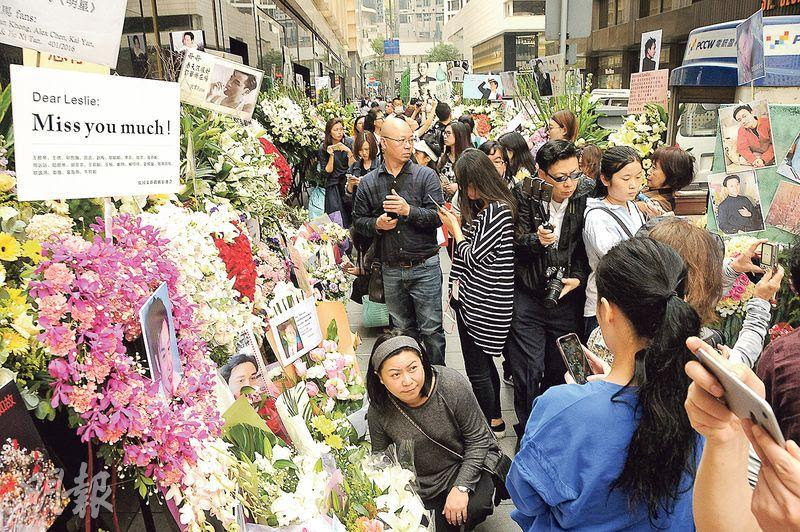 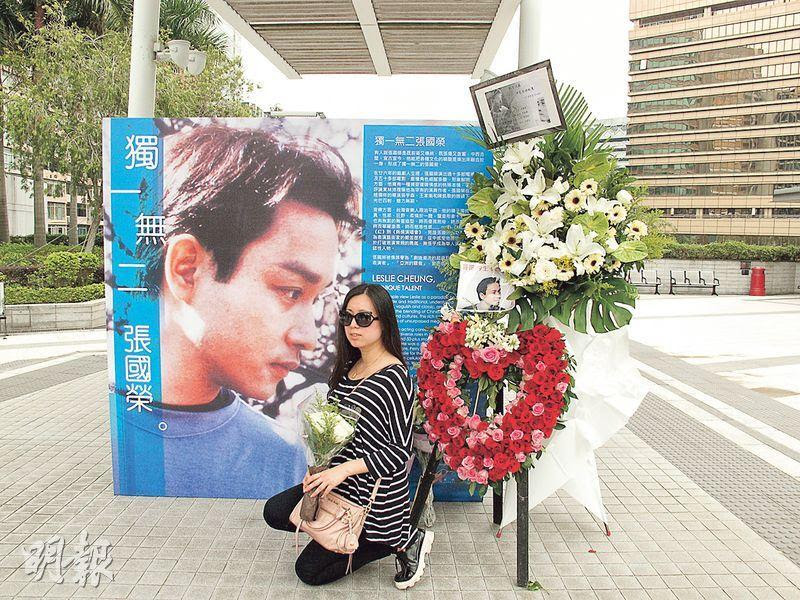 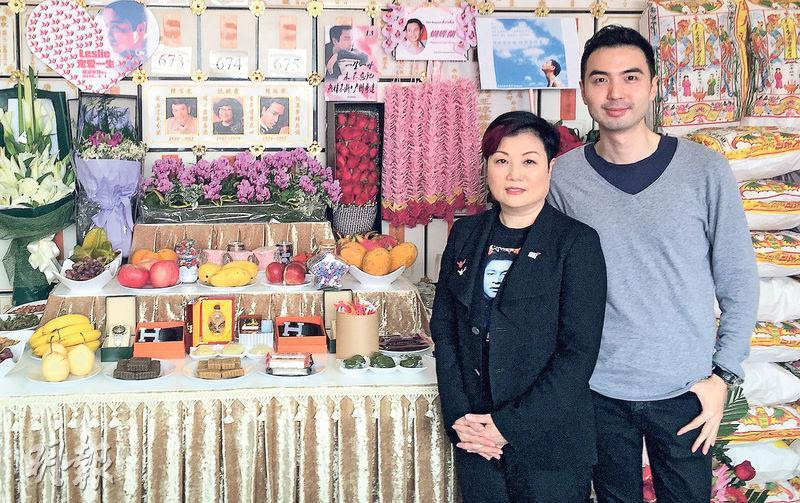 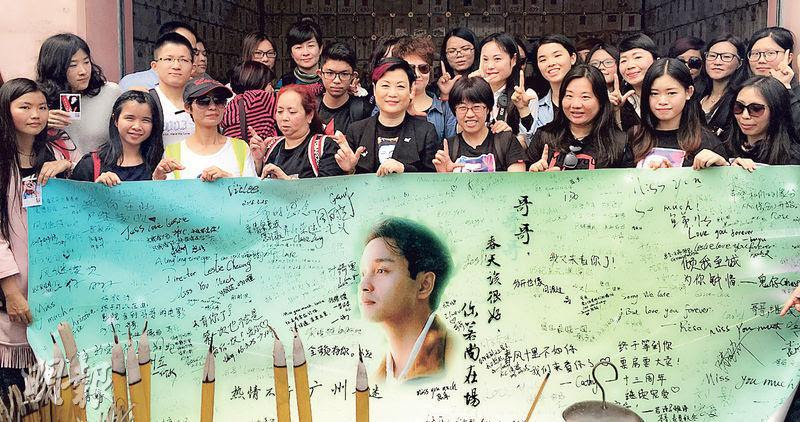 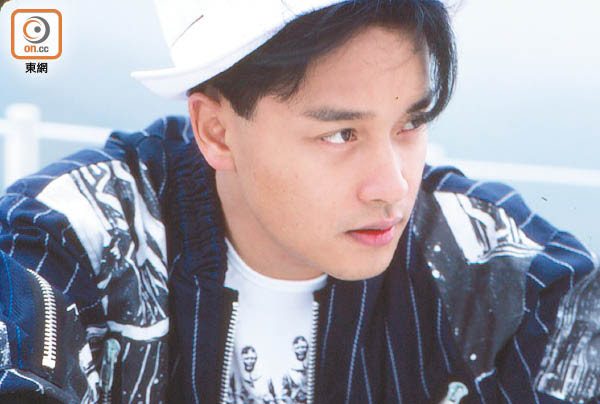 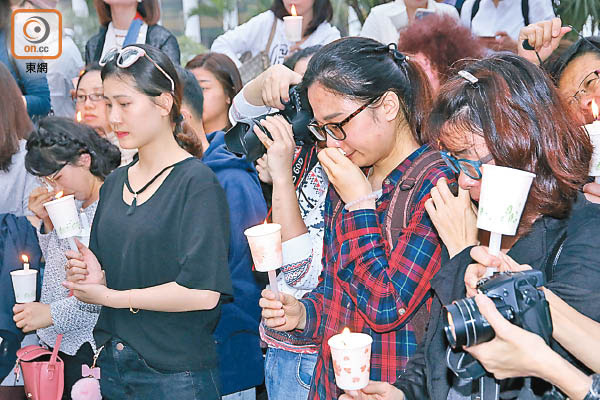 Yesterday was the 13th anniversary of "Gor Gor" Leslie Cheung Kwok Wing's passing. Many "Gor fans" as in previous years arrived early to the location of his suicide Mandarin Oriental Hotel to remember this superstar of a generation. In recent years the "Gor Gor" memorial at the hotel did not seem to subside, instead it has grown. In particular many were Mainland fans. Yesterday "Gor Gor"'s former manager Chan Suk Fun along with his son Ka Ho, friend Lin Yim Fai, Roman Tam (Law Man)'s sisters and a group of "Gor fans" to present offerings like flowers, cards and origami cranes to their idol at the Po Fook Hill Po Zen Hall. Tonight LesFANmily will have a memorial event at the Kowloon Bay International Trade and Exhibition Center. Yesterday several hundred "Gor fans" from Hong Kong, Mainland and overseas along with Chan Suk Fun and Chan Ka Ho, friend Lin Yim Fai, Law Man's sisters to pay their respect on Po Fook Hill. The Japanese "Gor fans" brought the origami cranes that they have folded to Hong Kong to present to "Gor Gor" to express how much they miss him. Actually the Japanese "Gor fans" in the past 13 years would fold origami cranes for "Gor Gor's" birthday and death anniversary. This spring's origami crane theme was "Moth Orchid", which was slang for "Happiness Flies To Here" in Japan. The pink "Moth Orchid" even represented "I love you", which was the never changing love and respect that "Gor fans" expressed for "Gor Gor". Many "Gor fans" gathered at the Mandarin Oriental Hotel yesterday as they did in the past year. Outside the hotel many "Gor fans" floral arrangements were on display.

After "Gor Gor" passed away, fans would remember their idol at the hotel on April 1. They would bring fresh flowers to express their love. After 13 years, fans who remembered Cheung Kwok Wing at the hotel did not seem to have subsided but instead grown. In particular many were Mainland fans, who said that they came to remember "Gor Gor" in Hong Kong; these fans' passion proved Cheung Kwok Wing's Hong Kong music presence still has not faded.

A Shenzhen young woman said that she has already come to remember "Gor Gor" for the third year in a row; she said that she liked "Gor Gor's" songs and films. "Gor Gor" was her "person of perfection". Another male fan also from Shenzhen said, "Gor Gor's" films were very similar to "Gor Gor's" own life, an inspiration of life.

Every April 1st, many artists would remember "Gor Gor". Vivian Chow Wai Man on facebook posted 4 photos with Cheung Kwok Wing and wrote "Miss you Leslie". In the photo they still looked rather green, also in it were Alex To Tak Wai, Eddie Ng Kwok King and others. Chow Wai Man played a couple with Cheung Kwok Wing in a film. Privately their relationship was rather good as well.

Also worked with Cheung Kwok Wing, Anita Yuen Wing Yi and Sheung Tin Ngor both posted rose graphics. Currently competing in the Mainland singing program I AM SINGER 4, Hacken Lee Hak Kun even performed WIND CONTINUES TO BLOW during the taping to salute this superstar of a generation.