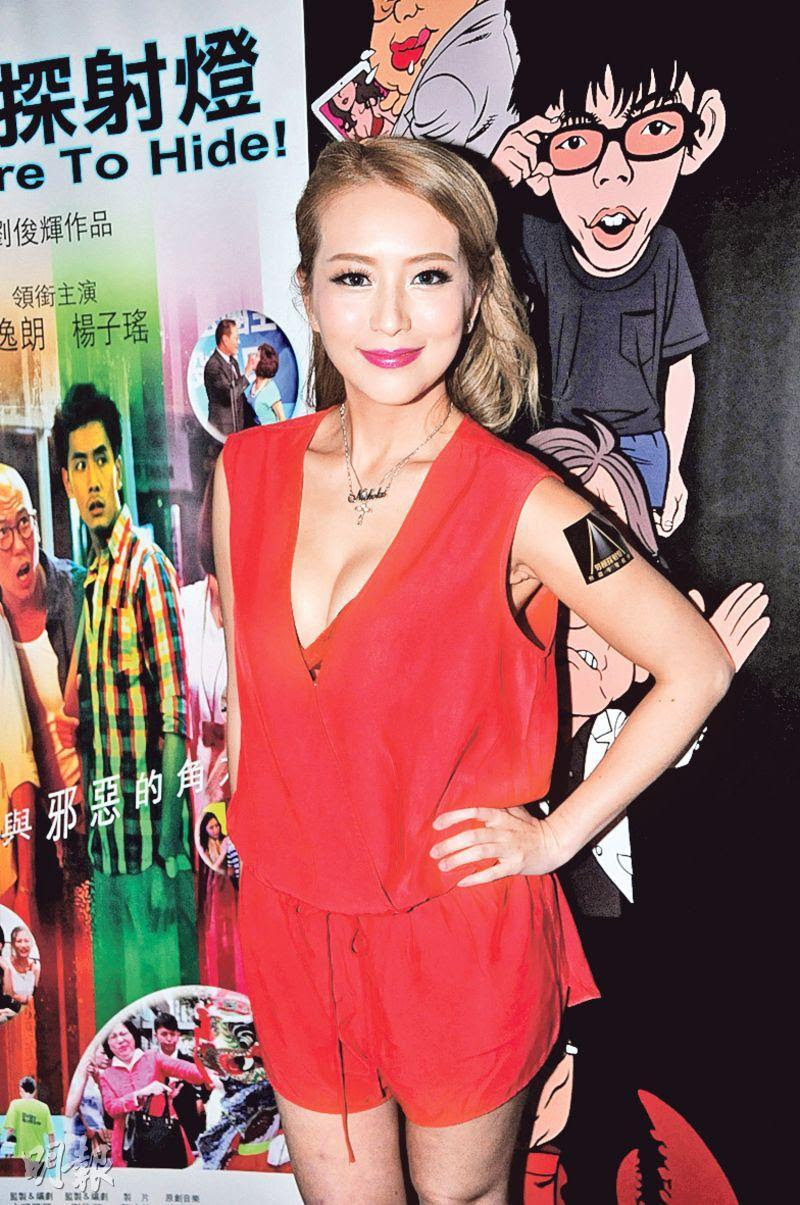 Artists Grace Lam Nga Sze, Grace Cheung Ka Ying, Choi Kwok Wai, Kiwi Yuen Kit Yi and Lau Shek Yin two nights ago attended the advanced screening of the film NOWHERE TO HIDE! (NAM GIK TAM SEH DUNG). Lam Nga Sze revealed plans to make a micro movie. Would she add in a story about bad men? She said, "It has a little of everything! It's not completely my story." Cheung Ka Ying just returned from diving in the Philippines and said that recently she worked on a commercial. "This was a job that I found myself after leaving ATV. It's very encouraging! Finally I actually have something to do, I feel like I am useful."

Don Li Yat Long admitted that because the shoot was only more than 10 days, it was short and rushed so he was very nervous. He said that the film mentioned Hong Kong scandals. At first he worried that it would be controversial, then he learned that it would not be ridiculing as its goal was for the good of Hong Kong and hoped that everyone would learn from it. He revealed that he was planning to direct a script that he has been writing for 5 years and planned to invest 7 figures of his saving.
Posted by hktopten at 6:39 PM