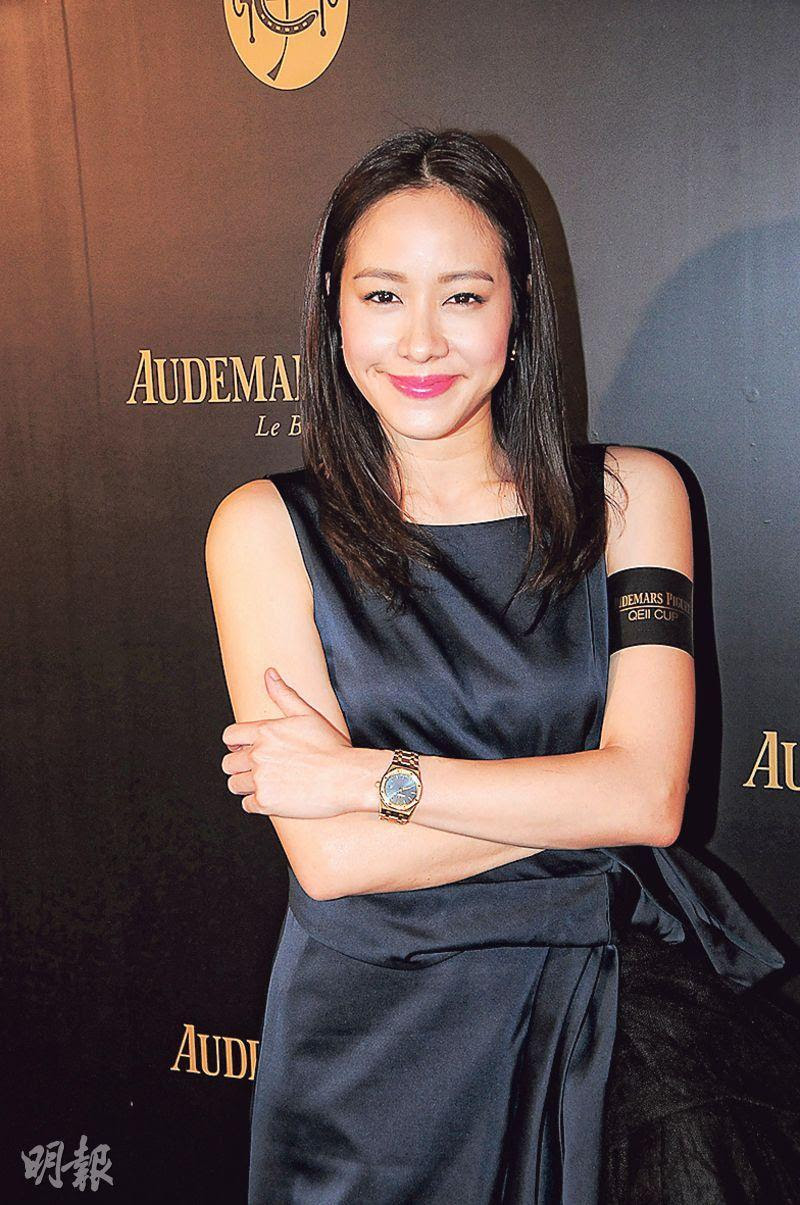 The Audemars Piguet Queen Elizabeth II Cup takes place today at the Sha Tin Racecourse. The event invited two beauties Karena Lam Ka Yun and Michelle Ries (Lee Ka Yun) to promote. At the pre race party Lam Ka Yun said that she has already returned to work, but her family and her daughters were still the most important.

After Lam Ka Yun fully returned to the film industry, she became a hot property among many film companies. However family still came first for her as she stated that her full time job was being a mother. Thus she set a goal of making one movie a year.

Speaking of making movies, Karena said that she was in negotiation for new films. If all went well she would make one at the end of the year. Yet before hand she would have to do a lot of preparation. She also would like to work on a summer film with an interesting subject, but she wanted to spend the summer vacation with her children. Thus she had to further study her schedule.
Posted by hktopten at 7:55 PM