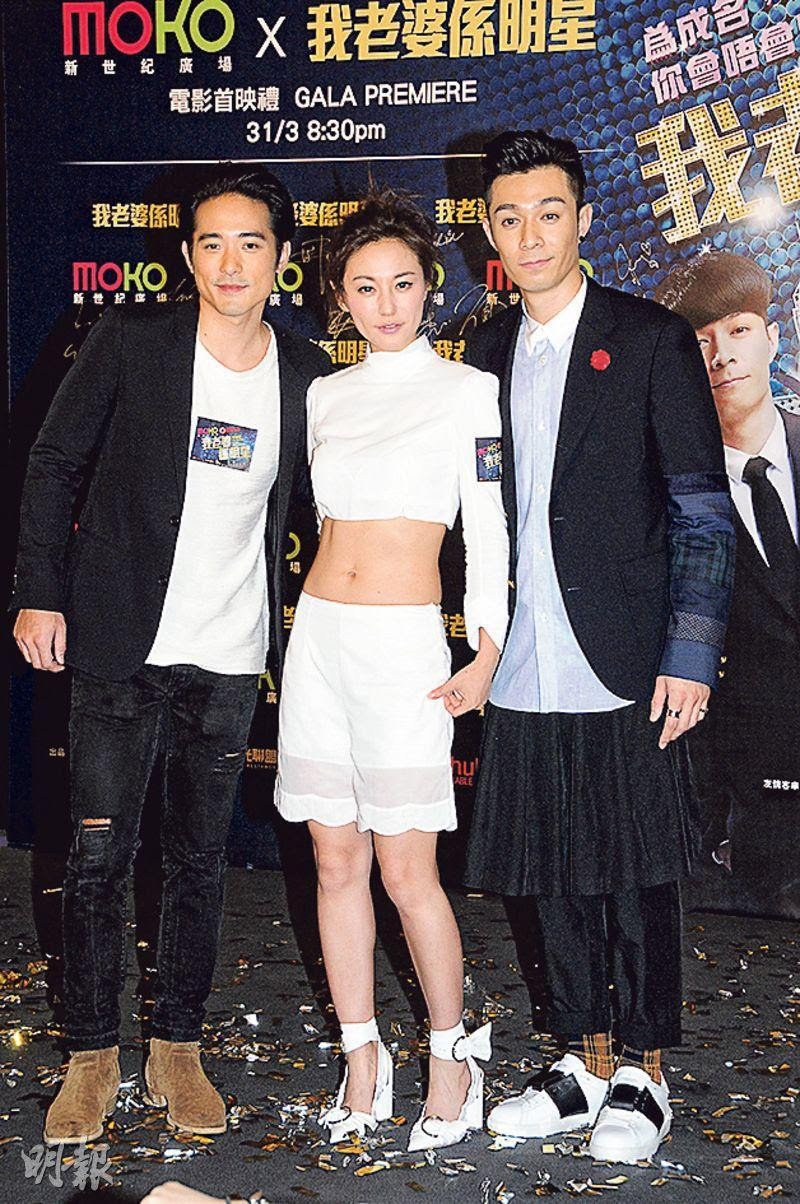 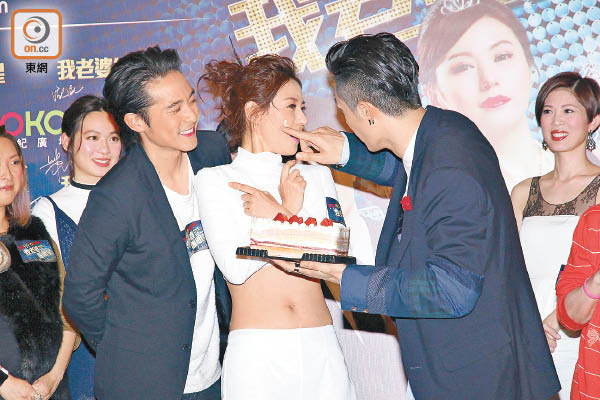 Artists Pakho Chau, Annie Liu (Lau Sum Yau), Alex Lam Tak Shun and Jacky Cai Jei two nights ago attended the premiere of their film MY WIFE IS A SUPERSTAR (NGOR LO POR HAI MING SING). Sum Yau's midriff made a rare public appearance and she said that she was not used to it. "I feel very cool, this time probably a first time. (Do you want to show off your abs?) They used to be more defined. Because lately I flew a lot, I had less time to train. Now I have to train them back. (How long?) With the right diet two weeks or so. (Do you like to dress like this?) Actually I wanted to try something new!" Hearing Sum Yau's diet, Pakho revealed that she ate very lightly. "I only see her have chicken and vegetable. At first I stole her chicken, slowly I started to ignore her and went to eat myself. (How would you lose weight?) I run!"

Sum Yau whose birthday is today received a cake for an advanced celebration two nights ago. Pakho and Tak Shun pretended to kiss her. Sum Yau said that she had the same birthday as her mother. Aside from celebrating at home with friends she even planned to enjoy cigars with her mother. "I feel I have to learn. I saw how cool people in movies look with cigars, and I hear people say that they are very fragrant!"

Artist Jacquelin Chong Si Man attended the premiere. She was reluctant to comment on Gregory Wong Chung Hiu's supposed criticism of Pakho Chau but at the same time wished Pakho well. A victim of Wong Chung Hiu's criticism, she felt that Wong Chung Hiu's constant criticism of others was a personality issue. Although she and Wong Chung Hiu no longer had any personal contact, if their company assigned them to work together she would still respect the company's arrangement. "Many people work with stranger! Many play couples but secretly don't get along. I feel work and personal stuff have to be separated."

She revealed that she was busy with a TVB series and next time she will start work on a film.
Posted by hktopten at 6:10 AM