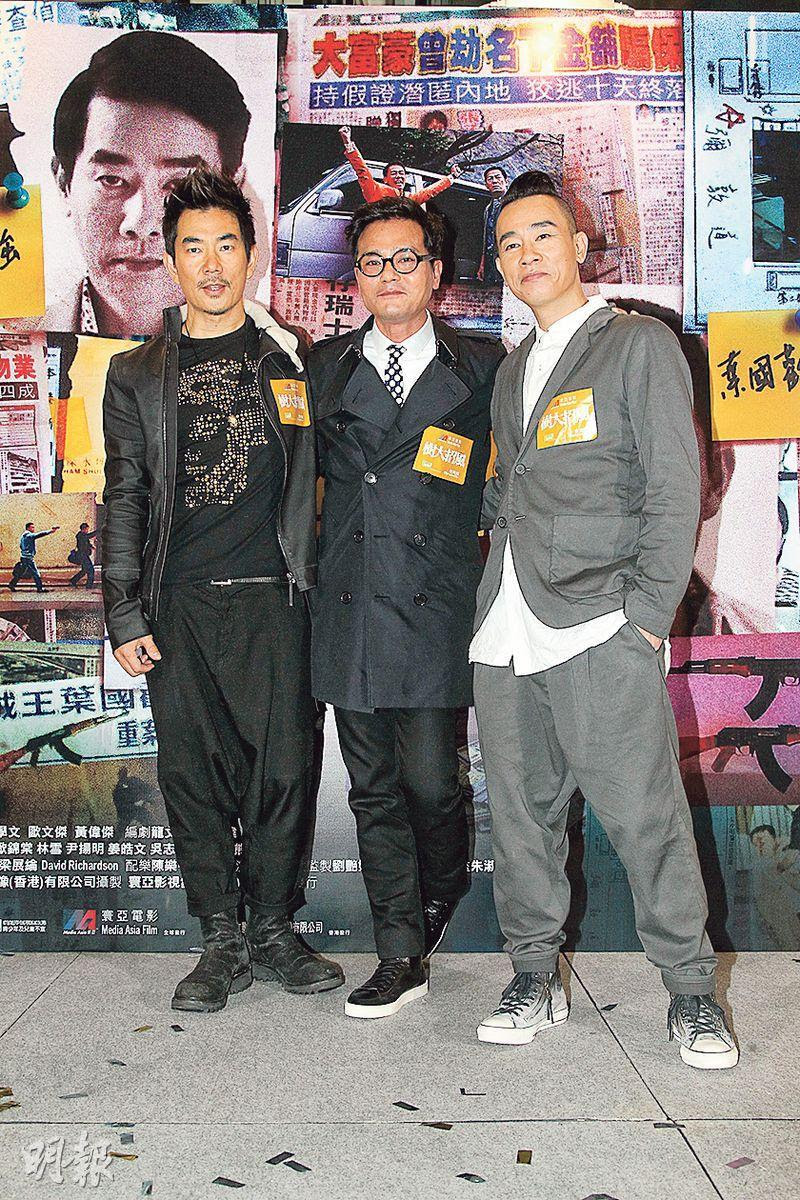 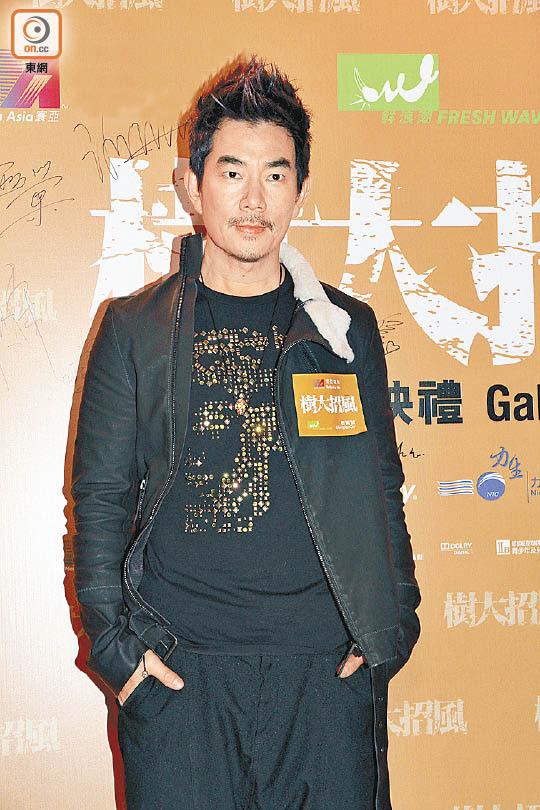 The film TRIVISA (SHU DAI CHIU FUNG) two nights ago held a charity premiere. This year's Hong Kong Film Award Best Film TEN YEARS led to controversy. Johnnie To Kei Fung personally commended some young directors. Speaking of Lam Kin Ngok's comment that TEN YEARS' award was "politics kidnapping professionalism" and unfair to filmmakers, To Sir even said, "Lam Kin Ngok doesn't know how to make a movie. He spends movie to make movies." Lam Kin Ngok yesterday replied in kind to To Kei Fung's comment. "For example, when I invest in a restaurant, should the kitchen alone evaluate a dish is delicious or not?"

To Kei Fung two nights ago said that first for years he neither participated in nor discussed the Hong Kong Film Award, but this time he had to say something. "This year seems to have a lot of passion. Everyone is targeting TEN YEARS' Best Film award. I feel creativity needs freedom. It shouldn't need restriction, it is transparent. Every nation, city or even country village should have her own emotions. When the emotions are on display very realistically and move everyone, it would have a feeling of relief. If all of the emotions have been suppressed they would boil over more and more. I am saying that since the jury agrees and all the voters agree, everyone should be able to accept (the result)!"

Reporters asked if he would deny this result? He said, "I hold some young directors in high esteem. Like our TRIVISA, they have to face their rights and wrongs. Yet the success of a film and being able to catch people's attention, appreciation or awards, everyone should think about that!" He also said, "Lam Kin Ngok isn't a filmmaker. He spends money to make movies. If a film festival can truly be hijacked, then it has been hijacked for many years. After 35 years, who would dare to hijack it? Those who said it wouldn't have the guts themselves, right? In this business we have some many veteran directors and producers, who would dare to hijack it? This is impossible. If someone did, please give me a name. I haven't heard of any. Just because I don't participate it doesn't mean that I don't know, you shouldn't think I am an idiot."

Speaking of film bosses like Lam Kin Ngok and Raymond Wong Pak Ming disagreeing with TEN YEARS' Best Film qualification because the film was not nominated in any other category, To Sir said, "Ask people who made those comments about their background. Everyone please take a look, whether he is objective first? Even with such a good boss like my Lam Kin Ngok, I still would say it because with this is the dignity of film. That way they are just insulting us. Just because I don't go it doesn't mean that I don't vote."

Lam Kin Ngok responded to To Kei Fung's comment, "First I have to thank Ah To for praising me as his good boos. I too feel he is a great director. However about his comments last night, I feel, for example, if I invest in a restaurant, should the chef alone evaluate whether a dish is delicious or not? When Michelin reviews restaurant they would evaluate with different professional food critics. The most professional Hong Kong Film Critic Society chose PORT OF CALL as its Best Picture and the Film Directors' Guild chose THE TAKING OF TIGER MOUNTAIN as Best Picture. So I don't know what Ah To wants to say. Maybe he wants to tell everyone to watch the most professional TRIVISA!"

Richie Jen (Yam Yin Chai), Gordon Lam Ka Tung and Jordan Chan Siu Chun attended the TRIVISA (SHU DAI CHIU FUNG) premiere. Lam Ka Tung pointed out that this time in the film they played robbers, but they were not killing people or setting the world on fire. The film was about the robbers' inner world. Siu Chun also said that although he played a robber he had to sing in a karaoke box while negotiating a "big deal". He was very wild and absurd, which made his performance a lot of fun. Siu Chai also said that during his performance he ran until he got nauseous. Because he was working with a new director who put several more cameras to avoid missing anything, he was asked to run like mad. He felt like he ran a marathon, but this scene was only several seconds long. He was even ridiculed as digital productions was not afraid of "burning" film. As for claims that the three lead actors did not take any salary. Ka Tung admitted that they only took symbolic lai see. He felt that money was secondary, the most important was for the audience to like the film. How much did they got? Ka Tung joked, "If you want to know you can check with my Panama company. I am just joking, I am not qualified to start a company. The salary is just a little something, the most important is to perform the characters well. I really was very high from working with new directors!"

Siu Chun received his wife Cherrie Ying Choi Yi. He said that they did not have any chance to go work, go to the movies and date before. Now they hoped to be able to live more ordinary lives, which he rather enjoyed and longed for. However he said that they had to leave their son under his mother in law's care to have a little time to date. Ding Ding joked that their son did not like Siu Chun and preferred to follow her more.
Posted by hktopten at 4:17 PM