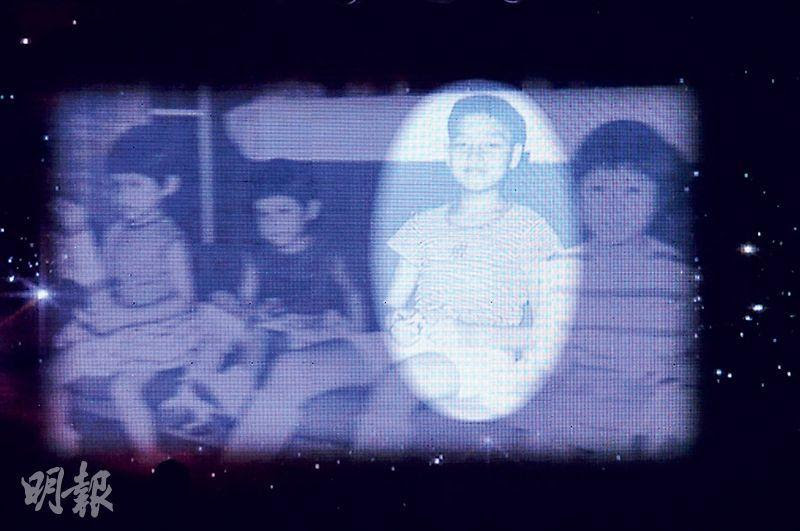 Two days ago was the 13th annivesary of the late superstar Leslie Cheung Kwok Wing's passing. The Les Fanmily two nights ago held its fan event and invited Leo Ku Kui Ke to perform many of Gor Gor's hits. At the same time, the Les Fanmily sold many memorabilia outside the venue. The most expensive was the 1:6 scale figure of Gor Gor. The price was HK$ 1,680.

The event kept showing Gor Gor's old photos and work, and old videos from a group of artists including Andy Lau Tak Wa, Carina Lau Ka Ling, Tony Leung Chiu Wai, Kelly Chen Wai Lam and Tony Leung Ka Fai from the 10th anniversary of Gor Gor's passing. Ku Kui Ke appeared and performed the hits in Gor Gor's singing voice. He admitted that he already started to listen to Gor Gor's songs in elementary school. The most memorable was the STAND UP record. Back then collecting all of the many color tapes was very hard. Gei Jai said, "Later I joined HOT GOSSIP as a host and had the chance to interview many big stars. Gor Gor was one of them. Being able to interview him was incredible. It was a great memory." Gei Jai at the same time remembered Gor Gor praised him by name on a radio interview, but he regrettably never had the chance to thank him in person. He said, "I have the chance to do something for 'Gor' fans, I wouldn't disappoint Gor Gor. I will keep making myself better."

Gor Gor's former manager Chan Suk Ping finally thanked Gei Jai on the stage and gave the first global honorary membership to him. He also made a CD of the interview in which Gor Gor praised him for him. At the same time Gei Jai wanted to release a record to salute Gor Gor on his 60th birthday. Gei Jai cried as he said, "Many years ago Gor Gor once released a record SALUTE to salute music industry singers. This year would have been Gor Gor's 60th birthday, I too want to release a record to salute him. Aside from singing Gor Gor's songs that I like, I would also let fans vote to choose songs." Finally Chan Suk Fun said that she will continue the spirit of Gor Gor's pursuit for truth, kindness and beauty. She planned to open a cafe, florist shop and start volunteer groups.

Ku Kui Ke said that the Gor Gor salute record will be released at the end of the year. Which song would she like to sing the most? He said, "It's very hard to choose, I want to sing both fast and slow songs. I really like to sing WIND CONTINUES TO BLOW and BLACK MIDNIGHT." Gei Jai said that he did not deliberately impersonate Gor Gor's singing voice, only that he grew up listening to Gor Gor's songs so he was used to his singing.
Posted by hktopten at 2:05 PM