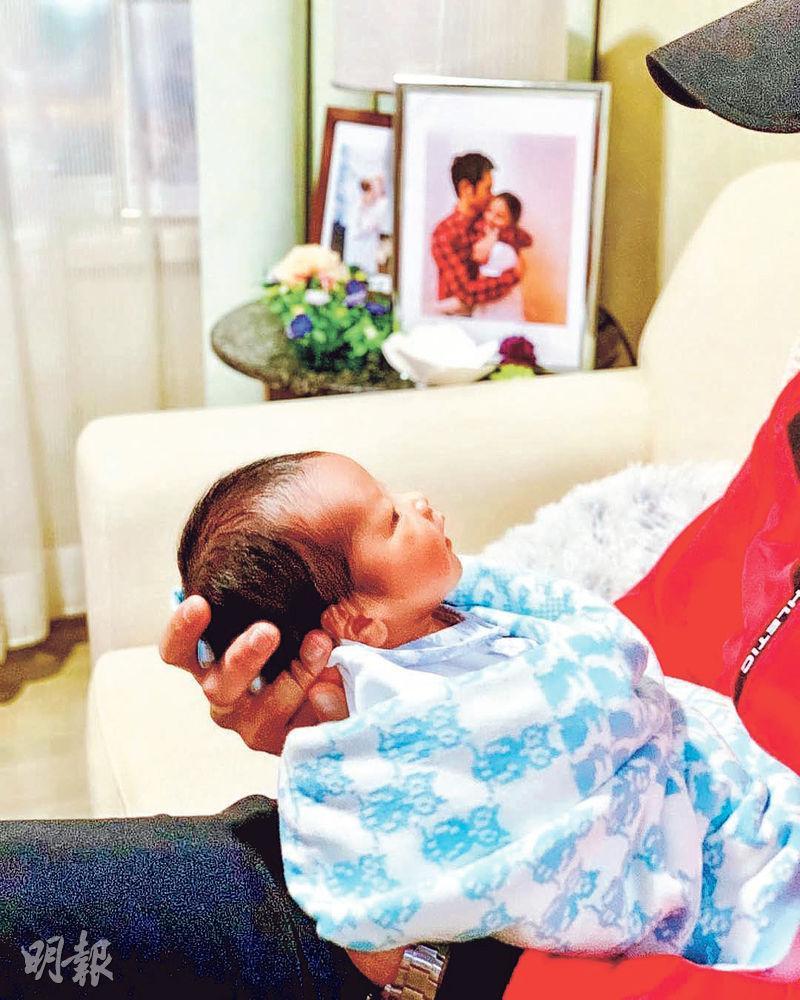 The 49 year old Kevin Cheng Ka Wing and the 27 year old Grace Chan Hoi Lam gave birth to their baby boy Rafael. Two nights ago Cheng Ka Wing took his wife and child home to rest and yesterday they unveiled their baby. Chan Hoi Lam reportedly went to the hospital on Valentine's Day, February 14th and gave birth the next day. Her husband Cheng Ka Wing was in the delivery room with her. The couple has remained low key about the baby's birth. On the 15th news of the baby's birth surfaced. At the time Ka Wing responded to the media, "Thank you for your concern, I will make an announcement to everyone when I have news." Finally yesterday he delivered the good news. Around 3PM he posted photos on his social media account.
Posted by hktopten at 2:04 PM