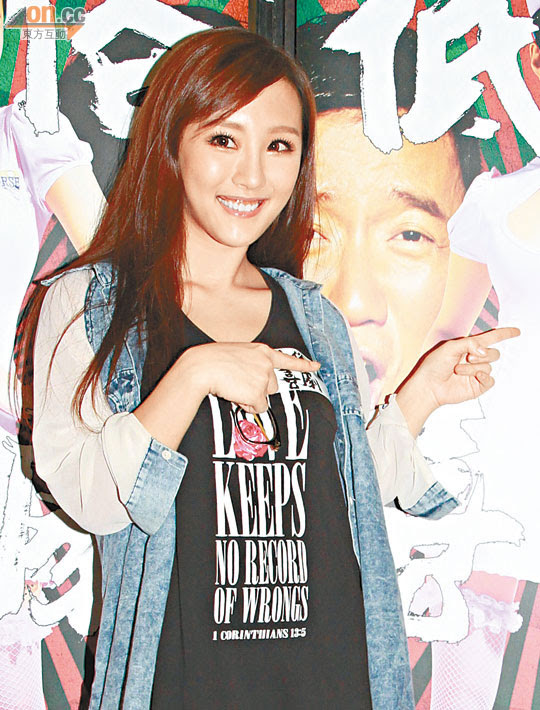 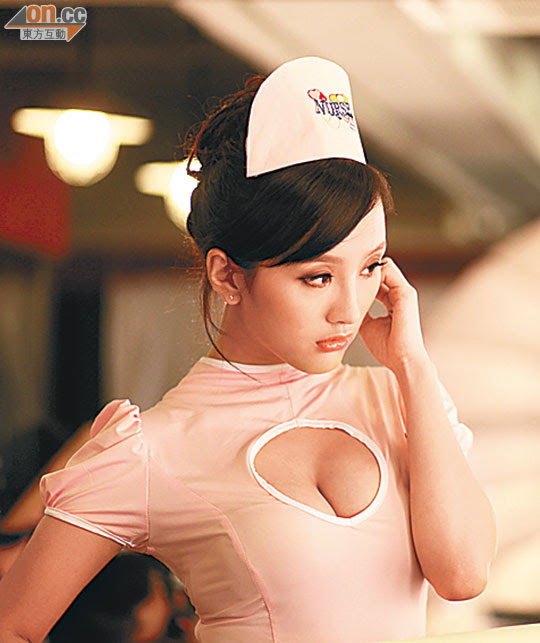 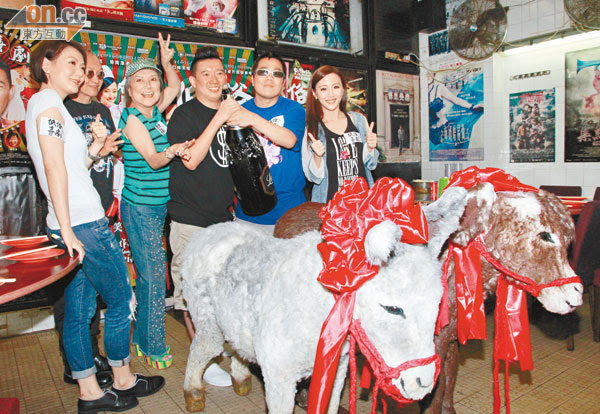 The Pang Ho Cheung directed film VULGARIA (DAI JOOK HEI KET) has been both a commercial and critical hit. The box office so far has reached 7 million. Two nights ago the director and actors Chapman To Man Jat, DaDa Chen Jing attended a celebration in North Point. The film's cast and crew, Susan Shaw Yam Yam, Ah Jat's wife Krystal Tin Yui Nei, Mani Fok Man Hei, Paco Wong all attended. Ah Jat even brought two "donkeys". The movie was very risky for the actors and the investors because its lack of the Mainland market. Yet if it would truly make over 10 million it would be able to break even.

Ah Jat earlier revealed that he thought about joining the monastery, but later a master reminded him that making a comedy was a merit too so he changed his mind. He pointed out that at the time he only thought that way because work was not going his way. If he did, what would his wife do? He said, "Since she married me she expected death!" He pointed out that now he would not think like that, as he did not have to join a monastery to help others. Ah Jat pointed out that the investors were in the Macau casino business, he wished that the team would received big chips to try their luck across the harbor.

Ah Tin's series premiered two nights ago. Ah Tin joked that of course she had to attend the celebration. Because she did not receive much compensation during the shoot, she would pig out to make up for it.

DaDa admitted that she was so happy about the good box office performance that she lost sleep. How would she reward herself? DaDa planned to visit Japan. DaDa revealed that after the film release she received more film offers, she had two in negotiation. She hoped to be able to continue to develop in film. She did not mind playing a beggar. Ultimately acting could endure longer, now that "pseudo model" had much more competition. She hoped to be able to have a firm footing in the film industry. Would she agree to perform in the nude if the film required it? DaDa pointed out that her mother would not allow it. DaDa said that she never deliberately thought about putting away her chest, because her earlier photo books were a part of his life and could not be erased.
Posted by hktopten at 4:27 PM