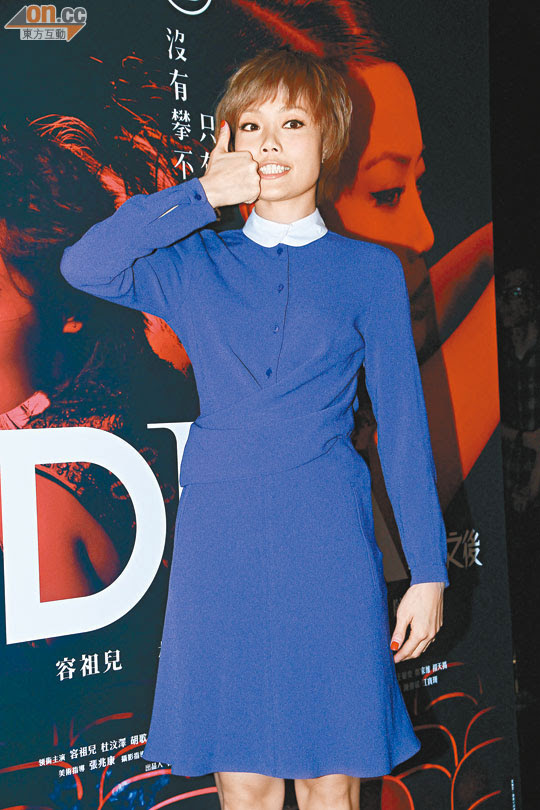 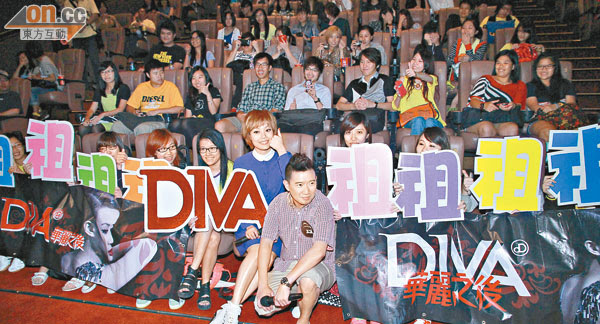 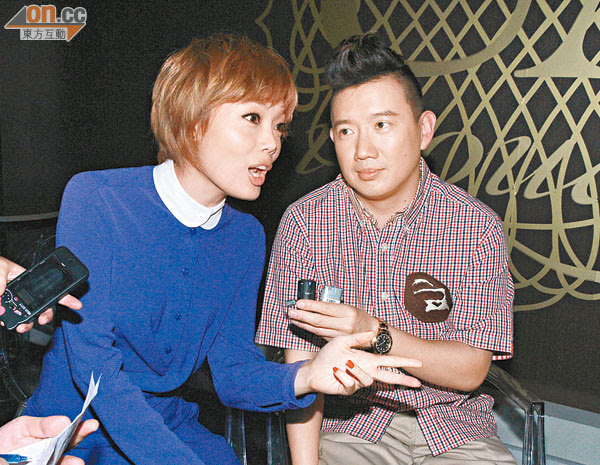 Joey Yung Cho Yi and Chapman To Man Jat last night attended a DIVA promotion in Tsim Sha Tsui and an audience appreciation at a Tsim Sha Tsui cinema. Last night a Hong Kong tropical cyclone warning signal 3 was raised. Ah Jat said that the storm would be go for two businesses: movies and restaurants. Hopefully this storm would not be as damaging as last time. He also hoped that it would help the film box office. Joey was this film's female lead. Ah Jat hoped that everyone's acting would be recognized. Ah Jat's other film VULGARIA (DAI JOOK HEI KET) has already passed 10 million at the box office. Joey already forced Ah Jat to buy her dinner. He said, "If tonight DIVA's opening breaks 1 million, I will force her to buy me dinner back."

Joey said that she would not only buy Ah Jat's dinner, she would even personally cook. She said, "We are both vegetarians, maybe I will cook a few vegetables for him." Joey said that this time she already did her best, one more step further than before. She also joked that she could vie for a Best Actor award, thanks to Ah Jat's explanations from the sideline. She said, "In one scene Ah Jat yelled at me with foul language. At the time my response was very real. I really have to thank him for his guidance."
Posted by hktopten at 7:42 PM