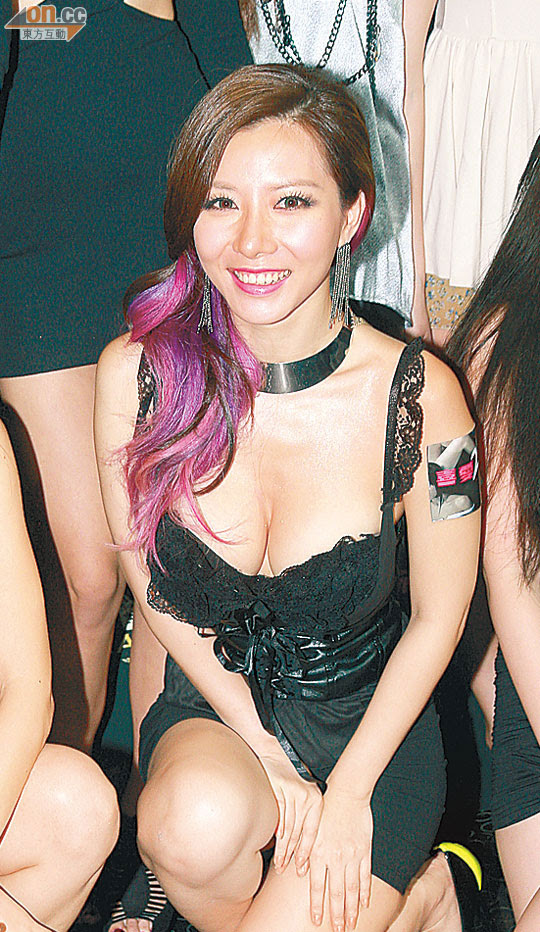 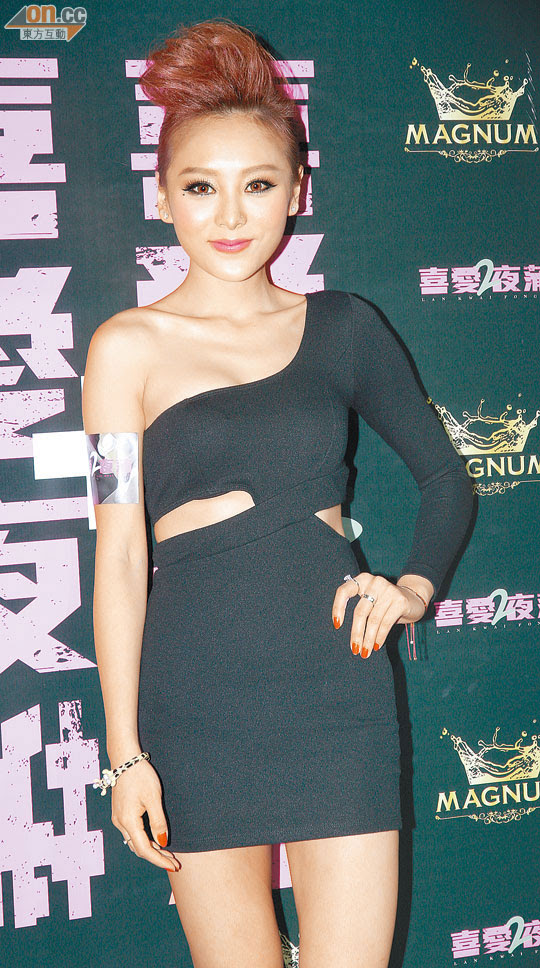 The film LAN KWAI FONG 2 (HEI OI YEH PO 2) two nights ago held a promotion at a night spot and even invited the cast of the first film to promote. They included Model Ma Mia Chen Jing Yi and Lavina Chung Wai Chi. Shiga Lin Si Nga whose figured were no match for them showed off her back, while Jeana Ho Pui Yu gave up automatically and put away her chest.

Linked in rumors with Mia, Chrissie Chau Sau na's boyfriend Avis Chan Wai Sing joked that interpreting the film's "night spot has true love" motto almost "destroyed his family and killed him". Director Wilson Chin Kwok Wai jokingly told Avis to bring his girlfriend Chau Sau Na to the premiere to prove that they were fine. Mia stated that her premiere night fashion choice would be even more outstanding. Because this was her first leading role, she had to go all out. She even said that said from her career line, she might show other lines at the premiere. Speaking of Avis' comment, she pointed out that they only had exchanges in the film to express true love at night spots. During the shoot she even gave him some chap stick. When they shot they shot for several hours, everyone's lips were chapped.

Jeana explained that she only came in support, sexy will have to wait until her own movie. Speaking of her dating life with Parkman Cheung, Jeana said that the relationship was stable but for now they had no plan to wed.
Posted by hktopten at 9:04 PM