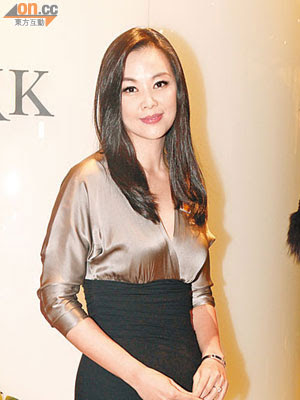 Linda Wong Hing Ping, Wang Yuanyuan, Jessica Jann Kei Ching, Ankie Beilke, Rosemary and Lea Tassova attended an event two nights ago. Wong Hing Ping happily said that under the media and many friends' encouragement she finally decided to perform a concert at Star Hall on December 16. Because it was at least 11 years since her last concert, she did not want to choose a large venue like the Hong Kong Coliseum. She admitted that she wanted to follow the film LOVE IN THE BUFF (CHUN GIU YU JI MING)'s momentum, even her good friend Vivian Chow Wai Man titled her concert DON'T ASK WHO I AM. She thanked the film's director Pang Ho Cheung very much. As for guests and details she is still considering it. She wanted to invite many guests and hoped to invite Shawn Yue Man Lok to dress like his character in the film and sing with him. Since she was used to exercise three or four times a week, she did not need to deliberately train. However she has to start singing practice and memorizing lyrics. As for sexy costumes, she asked, "If everyone feels I can, I can think about it."
Posted by hktopten at 2:34 PM