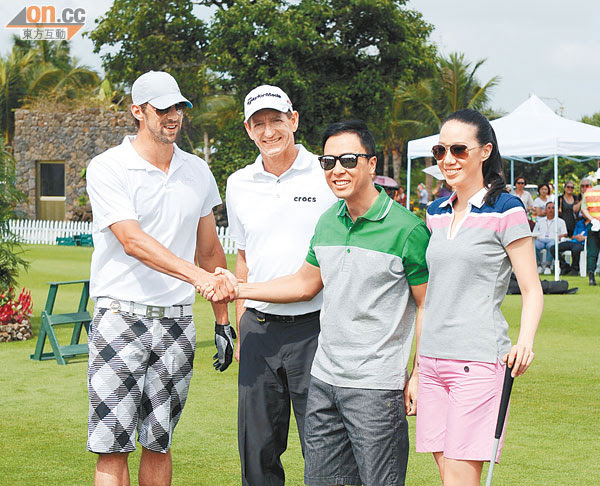 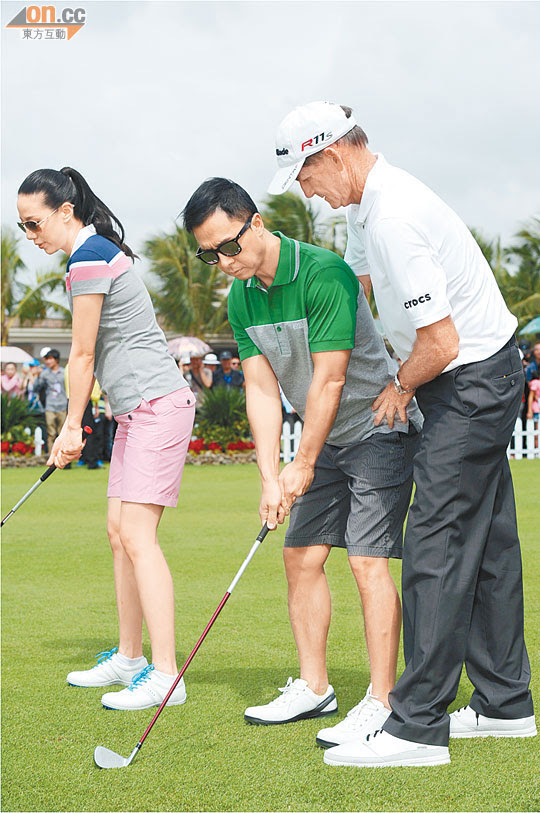 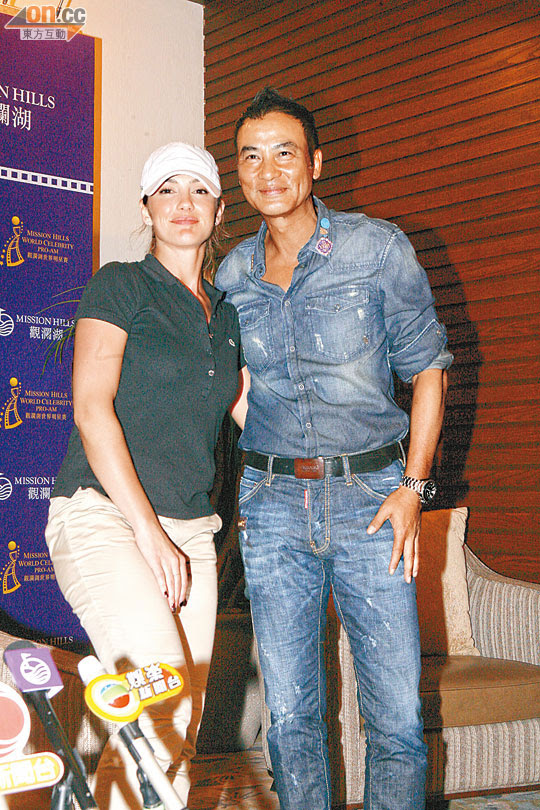 Yeung Chi King said 11 years ago she came to Hainan for THE TOUCH (TIN MUK JUEN KEI). This time she saw many good friends after arriving, like the co-star of her first film THE OWL AND DUMBO (MAU TAU YING SIU FEI JEUNG), Hung Kam Bo. She pointed out that Big Brother did not change much and looked thinner. Big Brother joked, "The wallet is thinner." He even said that he was aching all over and did not dare to compete with the masters. Hung Kam Bo was asked whether martial art or golf was harder. He said that he was a martial art master, but he was better at basketball than golf. This time he came to mainly participate, enjoy other people's game and to throw a tantrum. Sam Gor revealed that Big Brother would throw his clubs into the water if he played poorly, but this time with so many viewers, he could only smile if he played poorly and had to suppress his temper.

Jung Woo-Sung participated for the first time and was very happy to see so many good friends, in particular his previous co-star Yeung Chi King. He said that he played golf 15 years ago, now he played even worse because he has not practiced in a long time. He hoped to elevate his quality next year before playing again. He also said that meeting Ronaldo and Yao Ming was a very memorable experience.

Michelle Chen said that she was very happy to see so many idols, like Yeung Chi King and her earlier co-star Simon Yam Tat Wa. She also said that she ran into Adrien Brody in the elevator. Did she want to become an action actress? She would like to but she did not have any kung fu background. Her father also appeared in support of his daughter. Yam Tat Wa suddenly appeared at Minka Kelly's interview yesterday. He explained that a friend liked Minka Kelly very much and asked him to get a photo with her. Brother Wa waited for Minka for ten minutes. Minka greeted him but left after ten seconds because Minka's manager thought that it was an interview with one media outlet and was scared off when they saw so many reporters.
Posted by hktopten at 3:27 PM