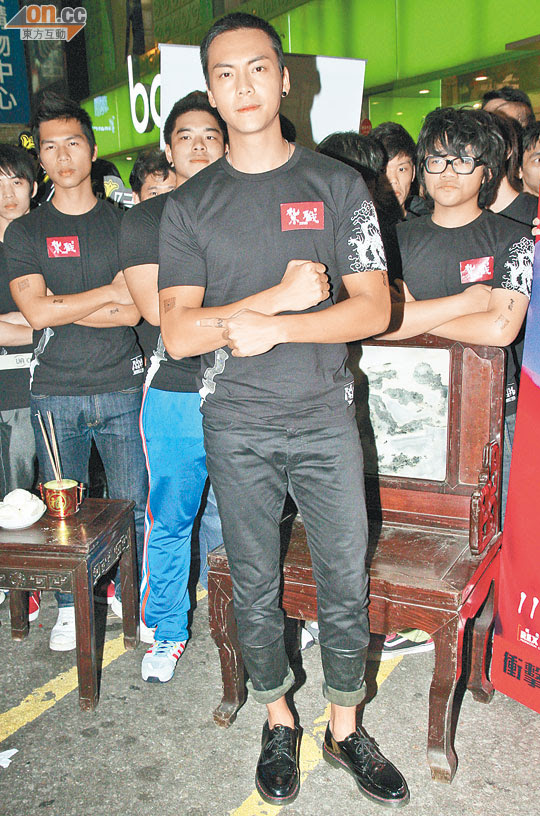 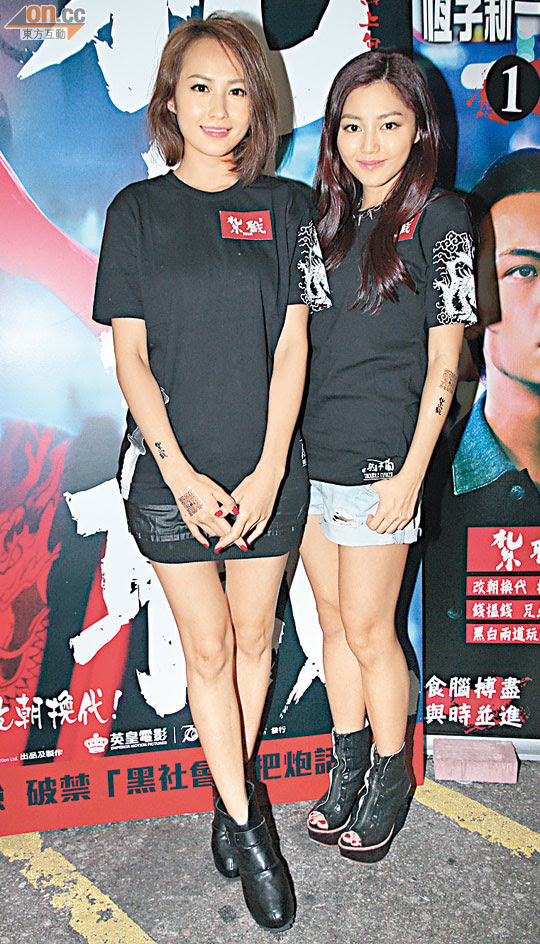 The William Chan Wai Ting, Michelle Wai (Si Nga), Kathy Yuen (Tong Yi) starred film TRIAD (JAT JIK) two nights ago promoted in Mongkok. Si Nga and Tong Yi upon arrival immediately complained about Chan Wai Ting. They said that when they learned about the Mongkok promotion they worried about the crowd and hoped Chan Wai Ting would protect them. However he took off as soon as he got out of the vehicle and ignored them both. Si Nga said, "Tong Yi and I had to take care of each other." They even joked that Chan Wai Ting would only protect one person, his girlfriend Charlene Choi Cheuk Yin.

The film has not been released yet and the film company already had good news for Chan Wai Ting, the film's advanced screening was sold out and added several more shows. He said, "Perhaps Hong Kong in recent years have fewer mob films, so it is more attractive." Wong Jing is working on YOUNG AND DANGEROUS: RELOADED (GOO WAT JAI). Chan Wai Ting said, "Hopefully both films will be hits, motivate movies of this subject and at the same time more people to watch local films."
Posted by hktopten at 2:33 PM