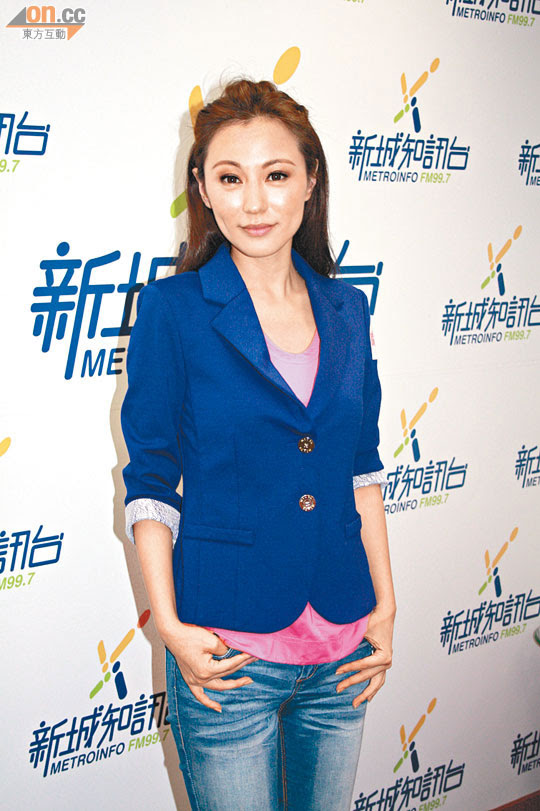 Annie Liu (Lau Sum Yau) and director Patrick Kong (Yip Lim Sum) yesterday appeared on a Metro Radio interview to promote their film NATURAL BORN LOVERS (TIN SUN OI CHING KONG). Sum Yau earlier at an event was asked for a kiss. Sum Yau explained that the fan did not make any contact with her. As for being called "Sum Yau BB" online, she said that she did not know everyone to call her "BB" because this was a term of endearment with a boyfriend. Her former boyfriend called her "Sweety". However, she said that now if she hears someone call her that again, she would not know how to react.

In the recent Golden "top ten goddess" survey, Sum Yau was in the top ten. She joked that she too wanted to win an award. Reporters pointed out that Lo Fun was ranked higher than her. Was the victory convincing to her? Sum Yau joked that she was convinced. She felt that charisma did not come from shape or height. Since everyone voted, the result was very fair and true.
Posted by hktopten at 3:17 PM