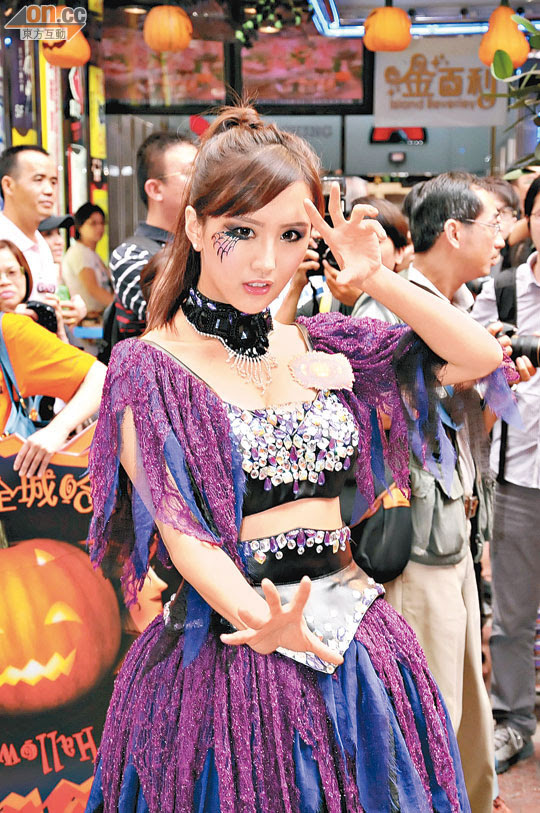 Dada Chen Jing yesterday promoted Halloween in Causeway Bay. Nominated for the Golden Horse Best Supporting Actress award with the film VULGARIA (DAI JOOK HEI KET), DaDa admitted that she left her award show fashion to her image designer. She said, "It must be exciting, the result has to be very outstanding. However I may have to gain weight to be able to have more fat on top. I originally am a 'D Cup', I want my chest to be more centered to make the clothes look better." She said that she is the happiest that Andy Lau Tak Wa is on this year's jury. She hoped to have a chance to run into him or get a photo together. She said, "Lau Tak Wa was my childhood idol. I don't dare to embrace him. I would be very happy with a photo."
Posted by hktopten at 1:53 PM