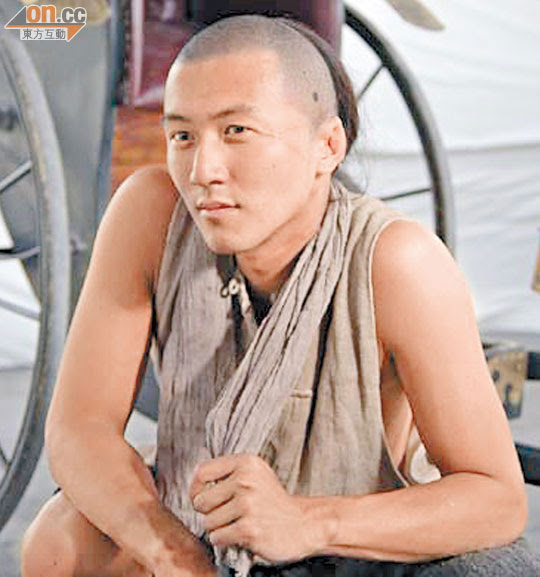 Nicholas Tse Ting Fung earlier appeared on Luisa Lai Chi San's program BEST ACTOR. On the program he revealed a secret. Earlier I discovered that he had skin cancer as he found a tumor on the right side of his skull. Ting Fung said that he already had the operation to remove the tumor. Fans after watching the program left well wishes on his microblog. His manager Mani Fok Man Hei said that the tumor was confirmed to be benign and Ting Fung has already recovered.

Lai Chi San on each episode would ask her guest to share a small secret with her. Ting Fung said, "I have something interesting, but I have already recovered. No one should make a big deal, as I don't want to see the relatives and the elders." Ting Fung said that earlier he cut his hair short and found a mass on the right side of his skull, a dark mark. Ting Fung said, "It was already three years ago. The last time Mani told me, I was working on BODYGUARDS AND ASSASSINS (SUP YUET WAI SING). She said that the thing on my head wasn't healthy and going to see a doctor would be the best idea." Ting Fung said that at the time he did not pay it any mind. Later he went to meet with Mani and she discovered that he dark mark on his head was much larger. Thus she dragged him to the doctor.

Ting Fung, "Actually it was very minor like an electric mole, a little laser and it would be OK. Yet the doctor looked at it and said sorry it couldn't be removed. He felt it and said it had rooted and was melanoma. I asked him to clarify, he was very veiled. I typed in melanoma into the computer the words skin cancer were displayed." Ting Fung at the time was in shock. Then he went to the hospital for the removal operation and now has five stitches. He said, "Luckily when I cut my hair short people saw it, otherwise it would still be growing." He pointed out that if it kept growing, even after the removal the scar would be very long. Was his family very worried? Ting Fung said that Mommy kept his company and was very scared, but Papa did not know. He pointed out that earlier at the Emperor 70th anniversary event he wore a hat because of the scar. He said, "Did you think I was pretending to be cool?" He said that now he is waiting for the biopsy result. He pointed out that this time he gained another experience in life, he believed he would be fine. he said, "Life actually is so fragile, but that day I cut my hair short and found it. If not it would have grown very large and I would really go bye bye!"

Ting Fung's manager Mani yesterday posted online, "Don't worry everyone! It's already confirmed to be benign. It was caught early so it was just a scare! Here I want to thank all the friends who care about Ting Fung! We are grateful!"

Last night Ting Fung returned from Beijing around 6PM with his father and assistant. His father did not know until reporters called him two nights ago. He said, "Daddy saw the report today and went wow, why did it blow up like this!"

He admitted that because he was worried about his sons Lucas and Quintus, he very quickly informed his former wife Cecilia Cheung Pak Chi. "She was very optimistic. She joked why would Heaven like a jerk die so soon! (How did you feel at the time?) Empty. (Will you take time off to rest and watch yourself more on the set?) No, I am fine. No need to make a big deal." A female pedestrian wished him good health and Ting Fung said that yesterday many people said that to him.

As for his production company's involvement in the VULGARIA (DAI JOOK HEI KET) full length high definition version leak, Ting Fung said that he as the boss was not at liberty to comment. The matter was already in the Customs' hands.
Posted by hktopten at 3:34 PM