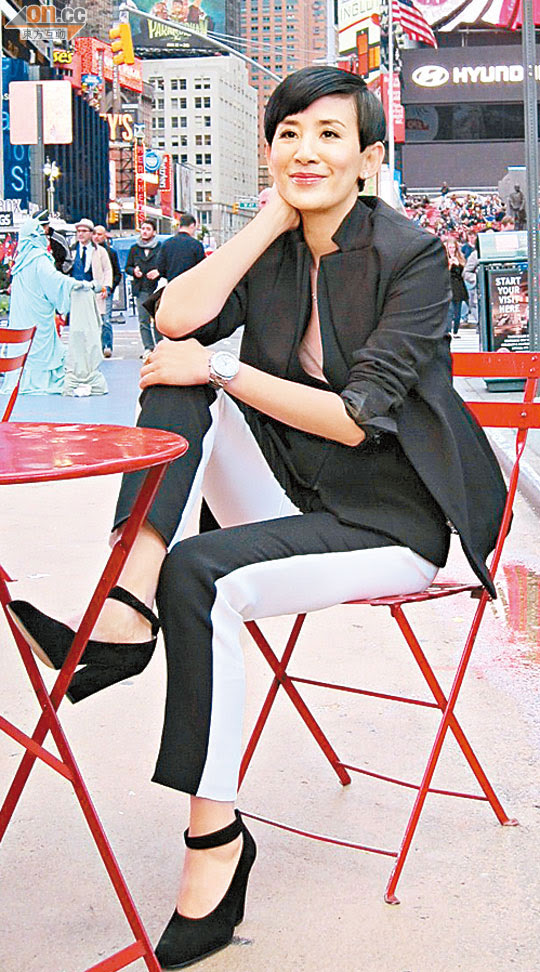 Aaron Kwok Fu Sing and Sandra Ng Kwan Yu earlier went to New York to attend the 3rd New York Chinese Film Festival to promote Chinese films. The event even held a three day Aaron Kwok film festival segment and screened Sing Sing's DIVERGENCE (SAM CHA HAU), AFTER THIS OUR EXILE (FU JI), and LOVE FOR LIFE (JUI OI). He even met with the audience and had an exchange with viewers and local media.

Sing Sing said that all the films' characters had drastically different personalities than his own, giving him a lot of space to be creative with the characters. He liked to play different characters, which was a challenge. Each time he worked on a film he would let go of his singer image. He also brought new film COLD WAR (HONG JIN)'s trailer. He said that he liked this film's script very much. The subject was also different from the traditional police film. He even hoped that the film will have a chance to be adapted into an American film. When asked how he maintained his energy and childlike features, he said exercise. It was the best way to maintain health, youth, and energy. He also said that he liked New York, thus on this trip he took time to enjoy the Spider-Man musical and took walks on the New York streets to see local street artists at work. He also planned to conduct an US tour in 2013. Two nights ago Sing Sing and Kwan Yu attended the China Night event and accepted the "Most Outstanding Asian Artist Awards".
Posted by hktopten at 4:09 PM