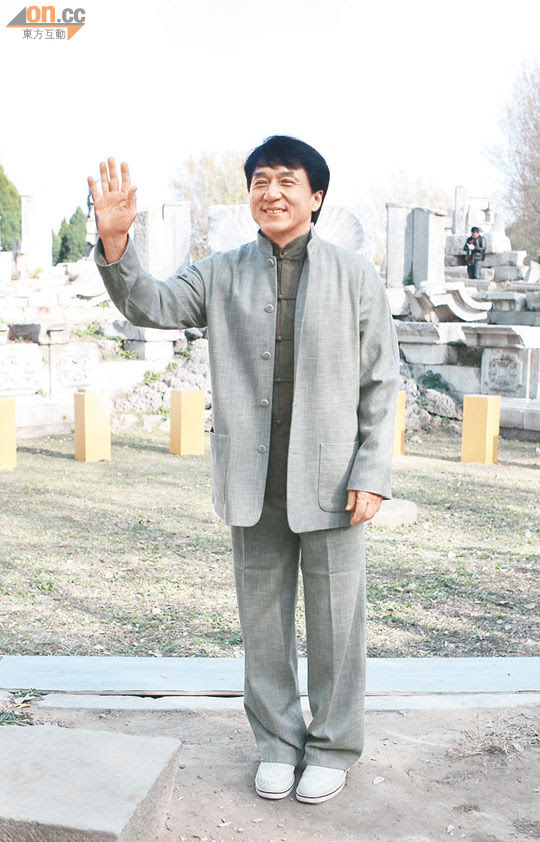 The Jackie Chan directed and starred film CZ12 is the story of the recovery and return of the lost Old Summer Palace Chinese Zodiac statues that were lost during the Opium War. Big Brother Jackie Chan two years ago accepted the duty of the "Old Summer Palace Relic Recovery Image Ambassador" and did all he could to recover the national treasures. During this process he also began to shoot CZ12 and took a year and a half to complete. Yesterday the "New 12 Chinese Zodiac statues" that Big Brother presented to the Old Summer Palace took two years to create, with 4 writers and 6 sculptors spending 2500 hours to study the original. Jackie Chan said, "My inspiration to make CZ12 is from the 2000 statue audition. After become the 'relic recovery ambassador' I was even more certain that I had to make this film. After a year and a half it was finally finished, after going to eight cities on five continents." Hopefully this film's action comedy will be able to attract viewers. It will also be educational and make everyone remember history." Big Brother Jackie Chan even emotionally said at the press conference, "I wish all of the national treasures would be returned to their own nations, all races' cultures would receive equal respect." He also said that hopefully CZ12 will remind everyone to be more patriotic and do their part to recover national treasures.
Posted by hktopten at 3:28 PM