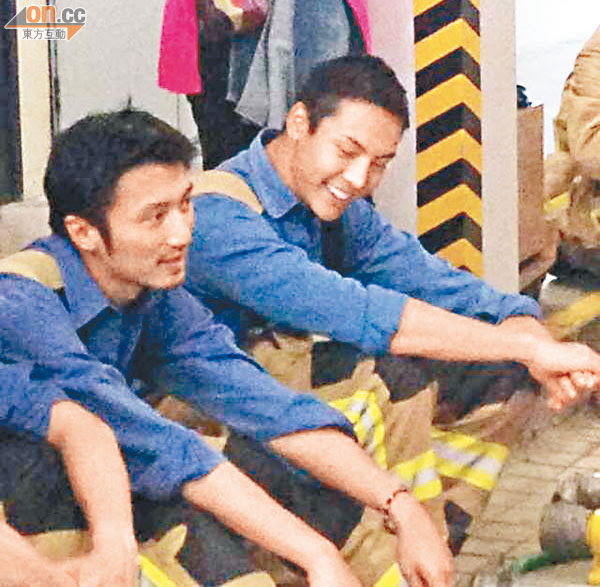 Despite the heavy rain, the training process was not hindered. Upon arrival Ting Fung and others immediately changed into fire fighter uniforms, sat on the ground and listened to the instructor. Playing fire fighters for the first time, Ting Fung and William listened attentively with curiosity on their faces. Earlier they put on protective gears and used the fire hose in the rain outdoors. When faced with a large fire ball Ting Fung looked calm and courageous.