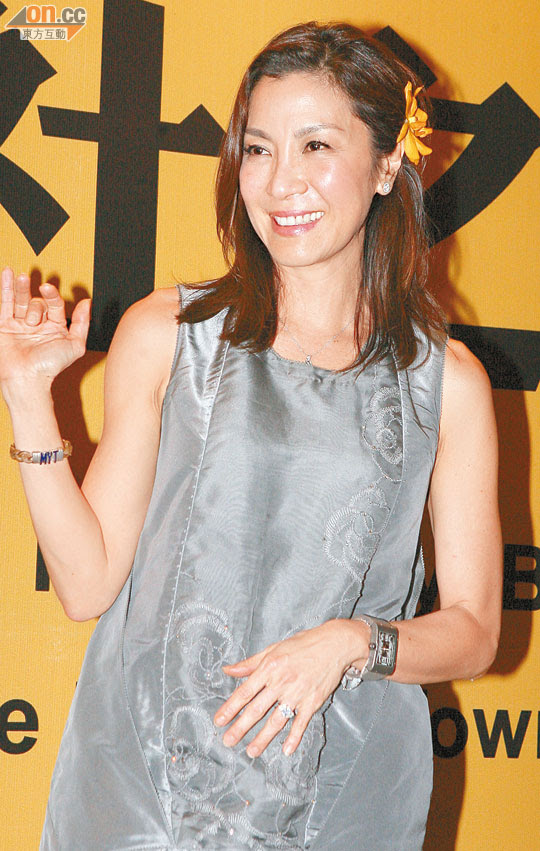 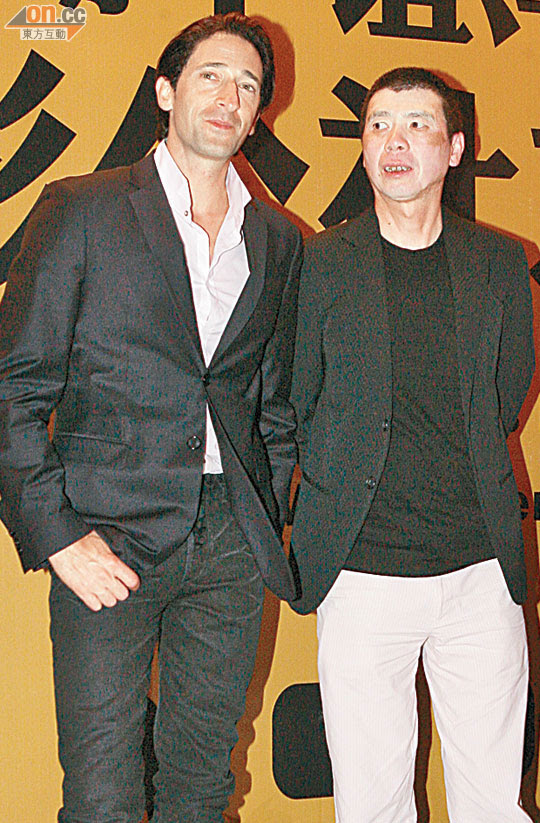 Feng Xiaoming said that some of the Mission Hills studio has already been constructed. The first film is expected to be produced at the studio in 2014, which he described as a dream come true. How much did they invest? Chu Ting Kin said that the constructed portion already cost 1 billion yuan and the total investment will reach 5 billion yuan.

Michelle two nights ago was in great spirits. Has she already stepped into another stage in life? She immediately showed off her ring and said that she has already stepped into another stage in life. "Our relationship is great. We have common interests. I feel that the most important thing for a couple is mutual respect and admiration." Are they already married? She said, "Not yet, but he has proposed many times. Each time he proposed, I was very happy and enjoyed it." Was her boyfriend very disappointed? She said that he was not, perhaps he enjoyed it as well.

Reportedly she will work on a female version of THE EXPENDIBLES. Michelle said that she still has not received any news. She would have to see the script first, but the film would be very representative. If she would have a chance to take part she would be very happy. In addition, she was rumored to be in politics in Malaysia. Michelle said, "No! A politician has a different life that is very complicated. He not only has to represent himself but also remain neutral. This isn't my ideal. I am very honest with myself, being a politician isn't my dream."
Posted by hktopten at 5:26 PM