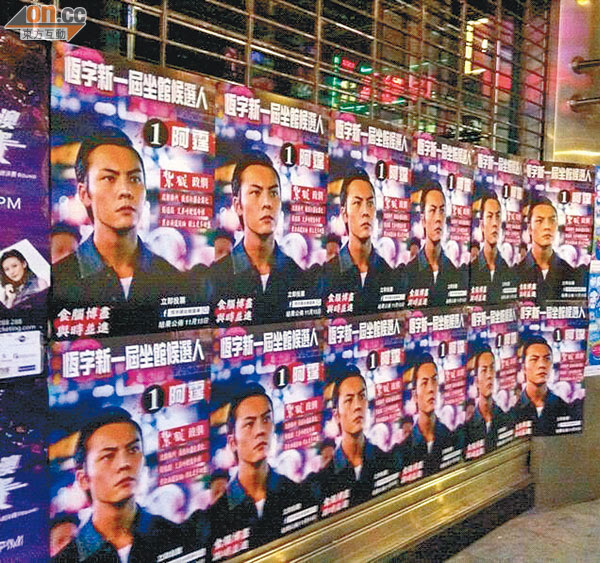 William Chan Wai Ting recently promoted his Emperor Motion Picture TRIAD (JAT JIK) frequently. The film company even pulled out William and Deep Ng Ho Hong's competition to be the "boss" and posted Chan Wai Ting and Ng Ho Hong posters to campaign in Kowloon. Some mobsters were upset and earlier even called to "threaten" the film company to remove the posters. The film company admitted that it has received threatening calls. "Earlier we indeed received some calls from vicious people, telling us not to mess up their order and demanding us to quickly remove the posters! (Would you consider calling the police?) Because we really don't know who the person was, for now we don't have any plan to."

TRIAD star Chan Wai Ting said, "In other words everyone responded to the promotional posters, which is a good thing. Later I will constantly promote in Mongkok and won't be too worried. The campaign poster is just a promotional gimmick, no one needs to take it too seriously."
Posted by hktopten at 5:41 PM