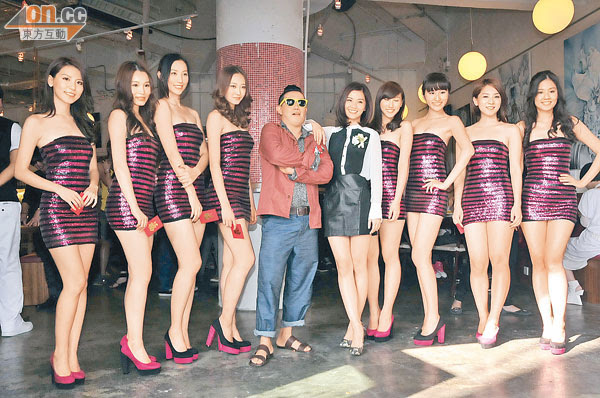 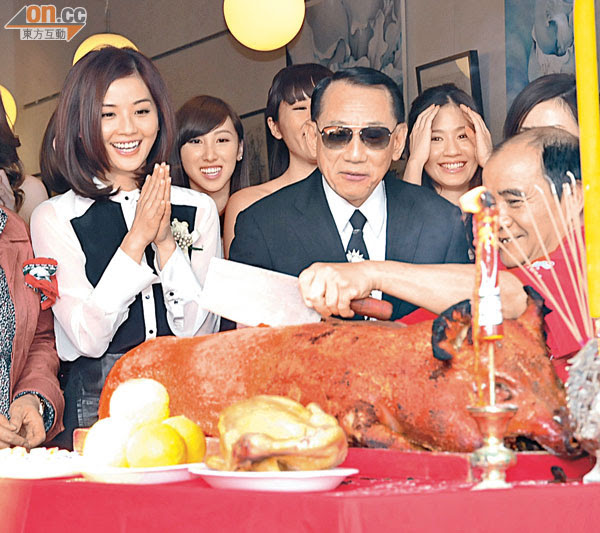 Ah Sa in the film also played a "gold label manager". She joked that she would use her real life manager Mani's gestures as blue print for her performance. The crew after watching her performance said that she was very convincing. Ah Sa pointed out that Mani's management was parental style. When she first started she was very scared. Mani would often reminded them not to be too sexy and to watch out for wardrobe malfunction. At the same time she would remind her not to go out at night and had spies all around. Sometimes when she secretly went to a night spot, Mani would definitely call to ask if she went. When she and her male make up artist went to shop for make up in Causeway Bay, she would also call to ask. However now she and Mani are like friends and they got along very well. Mani said that in the film Gao Yunxiang's character originally was intended for Ah Sa's boyfriend William Chan Wai Ting, but because it was a co-production it must have a Mainland actor. Speaking of unable to work with her boyfriend, Ah Sa said that she would not mind working as a couple with her boyfriend.

Ah Jat supported Lau Wai Huen after the abuse was exposed and even yelled at Cheung Wing Ho. This time did Ah Jat help Lau Wai Huen land this role? Ah Jat said that this time he was only an actor and the casting was left to the producer and the director to decide. However she praised Lau Wai Huen was a smart actress. When she made a mistake or had a bad take, she learned right away. However, he would not teach acting and would save it for the director. As for TVB only issuing a warning letter to Cheung Wing Ho but suspended the worker who posted the video for two weeks, Ah Jat said that he would not comment. Every company had its privacy protection procedure and the matter has come to an end.

Lau Wai Huen said that she thanked the director for giving her a chance this time. As for Cheung Wing Ho only receiving a warning letter but the worker who posted the video was suspended, she believed that the company handling was appropriate. Ah Jat said that next time if she ran into something unfair she would have to yell "no", she said as an artist she would handle it. This incident warned her about how powerful the media was.
Posted by hktopten at 6:59 PM