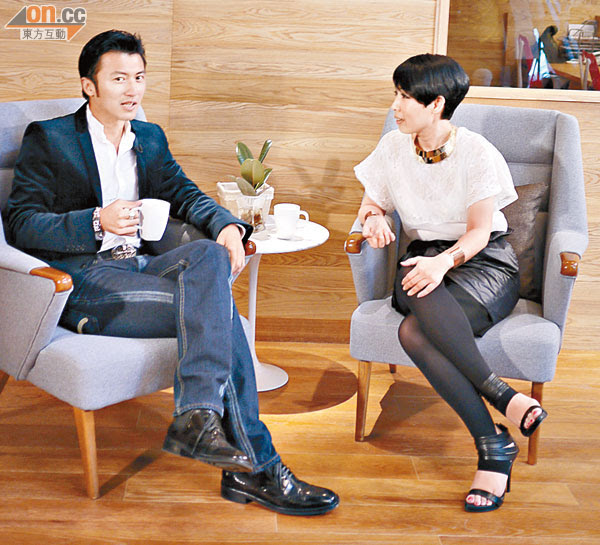 Nicholas Tse Ting Fung two nights ago appeared for the first time on the Luisa Lai Chi San TVB program BEST ACTOR. He said that when he first started his post production company, his parents Patrick Tse Yin and Deborah Li strongly objected as they worried that the money that he worked so hard for would vanish. However he insisted on mortgaging his property for the business. After 8 years of being the invisible boss he brought his father Tse Yin to witness the result. Seeing how comforted his father was he was very happy. After the program aired, the response was enormous. In general people online praised Ting Fung as mature and stable as well as truly grown up, even a good boss. The episode's average rating was 25 points with over 1.6 million viewers.

Producer Ho Siu Wai was asked whether they will invite Chow Sing Chi to be a guest? She said that many guests are being contacted. Due to scheduling issues, as long as guests have time they will be immediately taped and stored for the second series. As for BEST ACTRESS, she said that it was being arranged.
Posted by hktopten at 9:33 PM