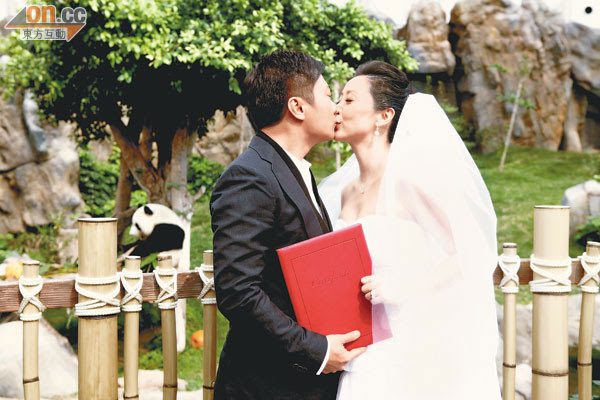 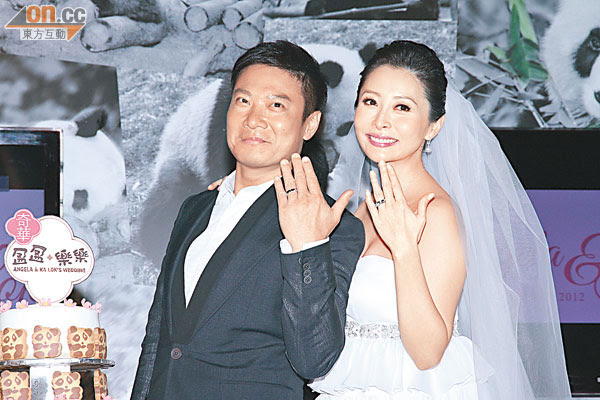 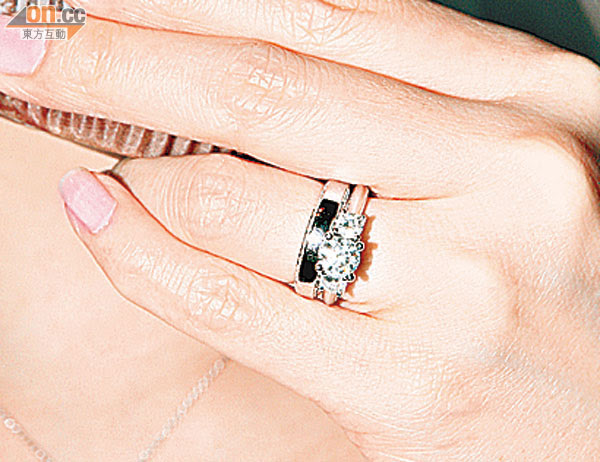 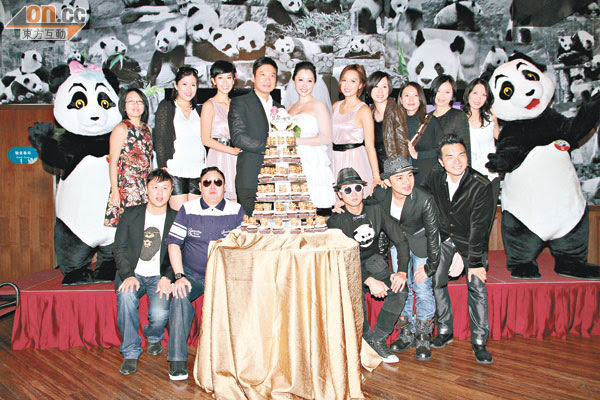 In order to coordinate with the "Lok Lok Ying Ying" theme, Chin Kar Lok and Tong Ying Ying became the first couple to wed at the Ocean Park panda exhibit. Although the exhibit did not permit flash photography and screaming, the sweet and happy atmosphere was not lessen. The ceremony took place at 1PM. Ocean Park set aside 1/3 of the exhibit for the ceremony. Kar Lok revealed that originally he worried that he would forget his vow or trip over it, finally he was accurate, fast and precise as he read his vow like the "fast version King Sir". Ying Ying misread hers. Ying Ying said that it was due to her having to accommodate Kar Lok and read Chinese. They wed with panda girl "Ying Ying" as their witness. Kar Lok joked that Ying Ying was very nice. During the ceremony she was eating and did not act up. Kar Lok called Ying Ying's parents "Daddy, Mommy", Ying Ying immediately broke into tears when she heard.

As for the wedding cost, Kar Lok pointed at his wife and joked, "She said money was no problem, she would cover mine too." As for the two karat wedding ring, Kar Lok joked that he spent a lot of money, had to work harder and make several more movies. Kar Lok also said that the baby was lucky, recently he received a film award nomination and won a race. Earlier he also won two business class plane tickets, which they planned to use for their make up honeymoon after the baby was born. As for the baby's sex, they said it had to be kept confidential. Ying Ying said that at the wedding baqnuet guests would guess the sex and they would give two business class plane tickets to Thailand to the winner. Speaking of the baby name, Kar Lok joked, "I want to name it Chin Chun Chun, like the national anthem lyrics. I am not going to name it Chin Chut or Chin Sai." Then he lamented, "When I came in I was single, now I come out and I am 'double' (sounds like heart broken)." Ying Ying joked, "Are you very heart broken?" Kar Lok joked, "The girls outside are very heart broken."
Posted by hktopten at 7:53 PM