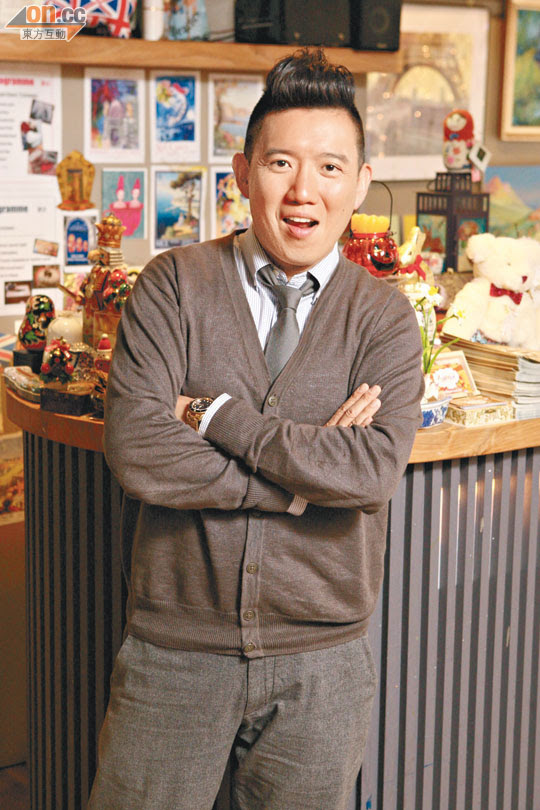 Several days before the Golden Horse Awards, Chapman To Man Jat was still working on his Lunar New Year film in Hengzhou. Nominated for Best Actor with VULGARIA (DAI JOOK HEI KET) he will go against NIGHTFALL (DAI JUI BO)'s Nick Cheung Ka Fai, THE VIRAL FACTOR (YIK JIN)'s Nicholas Tse Ting Fung, GF*BF's Joseph Chang Hau Chuen and LIFE WITHOUT PRINCIPLES (DUET MING GUM)'s Lau Ching Wan. He is also nominated for Best Supporting Actor with Emperor Motion Picture DIVA against WHITE DEER PLAIN's Wu Gang, GF*BF's Bryan Chang Shu-Hao, MY DEAR STILT's Cash Chuang and VULGARIA's Ronald Cheng Chung Kei. Ah Jat said that he did not have time to shop. "I have one suit at home, I rely on it for big occasions. I even rely on it for funerals, I bring it out for emergency. At most I would buy a bow tie at the airport to match it!"

Yet when he mentioned Cheng Chung Kei, Ah Jat got serious. "That day he accepted a salary that can't be lower and can't be more brother to help make VULGARIA. His scenes were where the soul of the entire film was. I know I owe him so much, I at every moment want to give him something to repay him. Unfortunately his family is rich. If he wins the Best Supporting Actor I would immediately breathe a sigh of relief."

Ah Jat admitted that history has proven that comedy and action films would often be "discounted" at award shows. After 19 years in the business he was no match for Ching Wan in terms of experience. "His acting is beyond any doubt. In terms of seniority it should be his turn no matter what! Like Sister Ka Ling (Carina Lau) he should have won the Hong Kong Film Award Best Actress long ago! Thus years ago when she won with DETECTIVE DEE AND THE MYSTERY OF THE PHANTOM FLAME (DIK YUN KIT ji TUNG TIN DAI GOK) seniority should occupy a certain percentage, which proved why at the time so many people wanted her to win." Speaking of his good friend Ting Fung, Ah Jat felt bad for him. "Back then his BODYGUARDS AND ASSASSINS (SUP YUET WAI SING) performance should have won him an award long ago!"

As for this year's nominations, Ah Jat felt that the most regrettable was the lack of Best Director nomination for VULGARIA director Pang Ho Cheung. However because this small budget production received audience recognition and exceeded expectation, no matter what the result was the film company has already arranged for a celebration for the cast and the crew to party all night.
Posted by hktopten at 6:40 PM