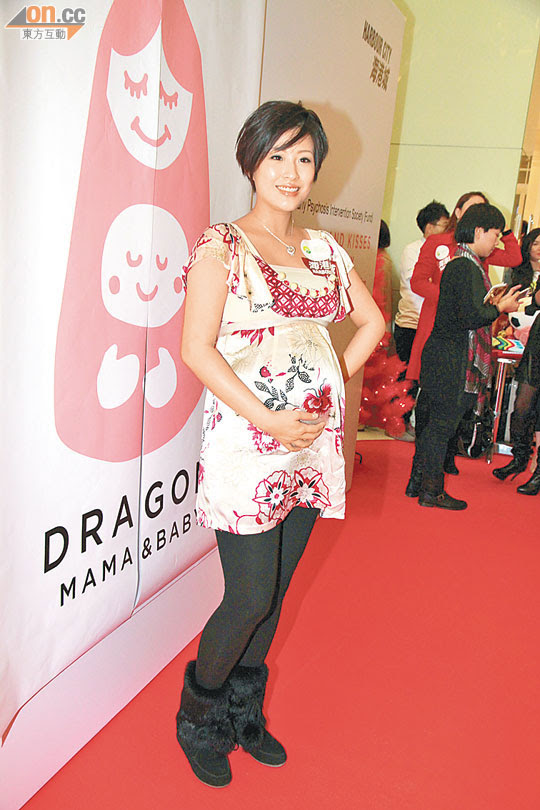 Jo Kuk Cho Lam led 11 "Dragon Mamas" and babies in the "2013 XOXO charity calendar" shoot, yesterday an unveiling ceremony took place. Kuk Cho Lam, Janet Chow Ka Wai, Lillian Ho Ka Lei, Joyce Lee Lok Si, Claire Yiu Ka Nei, Annie Man Chung Han and Josephine Ng (Chu Fun) made an appearance in support. When Siu Kuk posed for the photo, she was half naked with her naked daughter Lau Sum and the mother and daughter photo was very warm. At the event, Man Chung Han said that during the shoot her daughter acted up and almost gave her a wardrobe malfunction as her tube top was almost pulled off. This time she was willing to be sexy for charity.

The event raised fund for the Hong Kong Early Psychosis Intervention Society. Siu Kuk hoped to raise over 1 million. She took the initiative to contact the Dragon Mamas and received support very quickly. The fund will support EPISO's school promotional tour to provide knowledge of Early Psychosis to everyone. Siu Kuk's brother in 2007 due to emotional disorder committed suicide. She said that after having her baby she worried about post natal depression. Thus she would immediately see a doctor even when the slightest problem arose; the doctor said that she was fine. She said that her family's tragedy had quite an impact, but the most tragic has already passed.

Janet Chow Ka Wai is seven and a half months pregnant. Yesterday she even cut her long hair. Currently he weight has risen to 140 pounds. The doctor during the examination said, "You have a waist!" She thought it was a compliment for her but the doctor was referring to the baby. The mother absorbed too much nutrition and the doctor told her to pay attention to a balanced diet before giving birth. She revealed that she was liberal with her diet, she had four bowls of noodles and still was not full. Now her husband Timmy Hung Tin Ming would remind her to watch her diet. Ka Wai said that her husband would not mind that she was fat and even called her pretty everyday.
Posted by hktopten at 2:40 PM