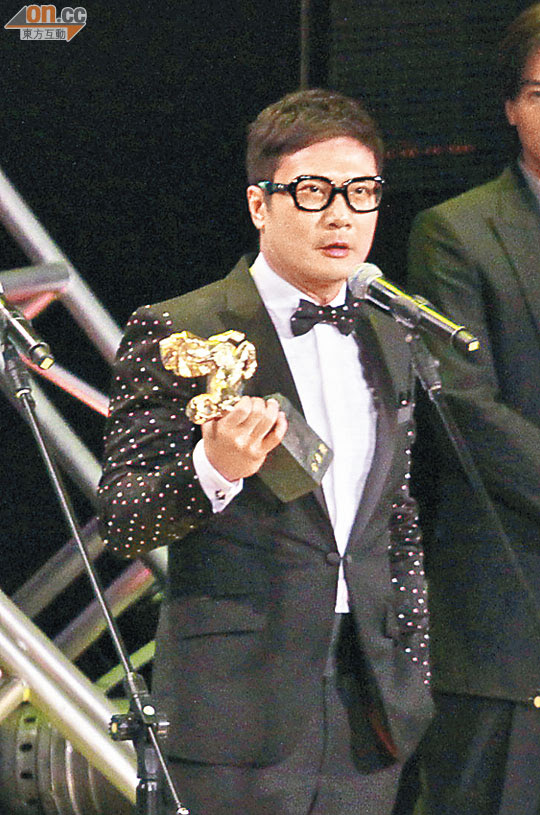 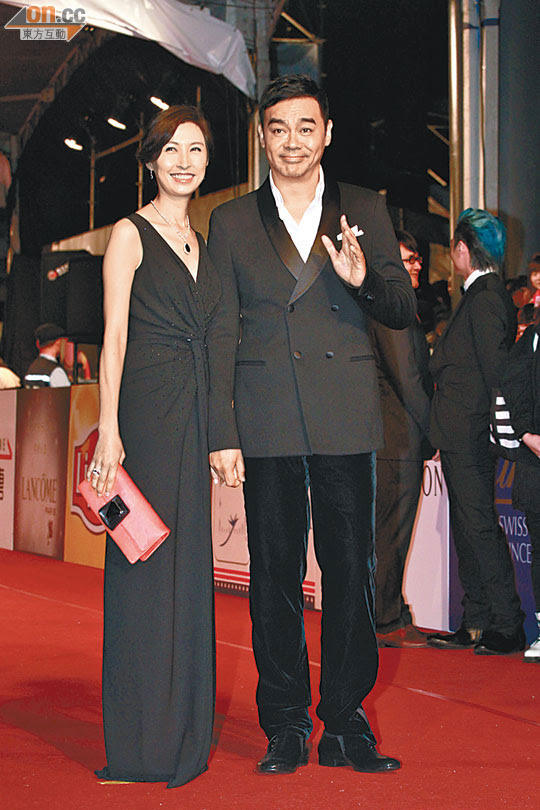 To Kei Fung was absent and Lau Ching Wan accepted the award on his behalf. With three awards, Ah To through the film company revealed, "Thank you boss (Peter) Lam Kin Ngok, the entire LIFE WITHOUT PRINCIPLE team for their patience and effort so I was able to spend three years to make my favorite film; also congratulations to the Milky Way Creative Team, we will continue to work hard for film. Thank you viewers who love movies." Later when Ching Wan accepted the Best Actor, he first embraced host Tsang Bo Yi and accepted the award from presenter Deanie Ip Tak Han. His wife Amy Kwok Oi Ming broke down in the audience. During his speech Ching Wan joked, "Filmmaking is not to win an award. This of course is a joke, I still want to win an award." This was Ching Wan's second Golden Horse nomination but first award. He admitted that he never expected to win the Golden Horse award because he had to be nominated many times for the Hong Kong Film Award. He was able to win to the Golden Horse with his second nomination and he was elated. He also said that he would give this award to his mother and his father in law, as he wished good health for them. Ching Wan continued, "Acting is my job, whether I win an award or not I still have to make movies. Of course I am very happy about winning an award, I always want to work with more good directors and make good movies."

Kwai Lun-Mei immediately cried when she learned that she won. She thanked the event for giving her this honor. She said, "Thank you very much Golden Horse jury. winning this award on the road of learning, it is a very important encouragement to me. I really like making movies, and I will keep making them." Finally she even thanked her parents for their support all along and everyone for giving her so much love, all of which she has received.

Ronald Cheng Chung Kei with VULGARIA (DAI JOOK HEI KET) won the Best Supporting Actor. On the stage he repeatedly said he never thought that he would win and thanked director Pang Ho Cheung, Chapman To Man Jat, and the boss for giving him the chance to play this character. He also thanked his parents for their support and his wife for taking care of their daughter well so he was able to work in peace. He also said he was somewhat sorry about winning this award because he only performed for two days. Best Supporting Actress went to Mainland actress Liang Jing for DESIGN OF DEATH. She even gave a special thanks to the director and husband Guan Hu and her children. This time in the film she played ugly and joked that she felt she looked too pretty (in comparison to what the character required), so she added the false teeth.

Best New Director went to TOUCH OF THE LIGHT's Chang Jung-Chi. This film not only was a box office hit but also won awards after awards. It will even represent Taiwan in competition for the Oscar Best Foreign Film nomination, which was already a recognition for this new director. Best New Performer was MYSTERY's Qi Xi. After just one year of marriage her husband was in the audience to support her. She said that she attended just for the experience but was elated to win an award. She wanted to party with the team and was certain that she would not be able to sleep. In addition, Chin Kar Lok with MOTORWAY (CHEH SAU) won Best Action Choreography, on the stage he said that after marriage his lucky has been especially good.

FIPRESCI PRIZE
TOUCH OF THE LIGHT

LIFETIME ACHIEVEMENT AWARD
Shih Chun
Posted by hktopten at 7:24 AM