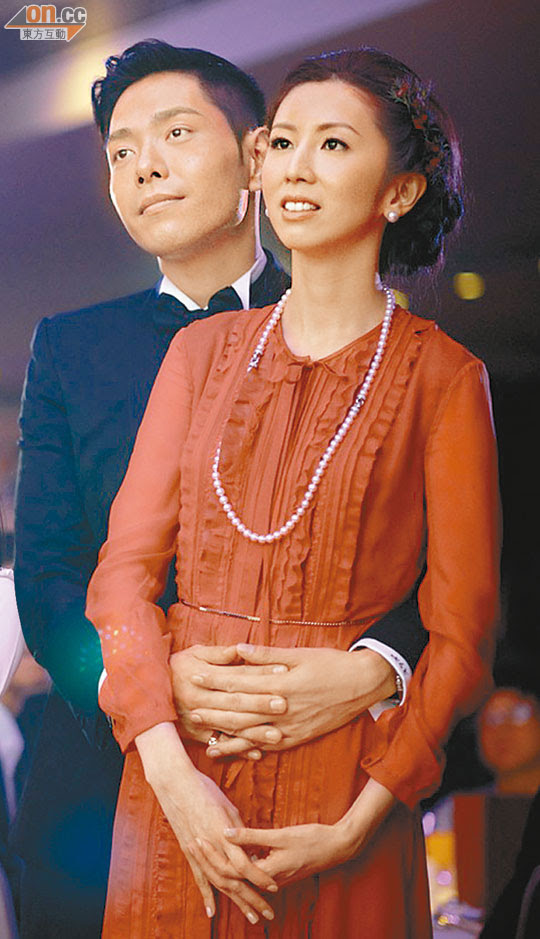 Charles Ying Cheung Yau earlier registered his marriage to his girlfriend of nine years Mandy. The couple two nights ago held a simple yet elegant wedding banquet, during which Ying Cheung Yau's mother Ran Xiao Ling performed with many friends. Janice Vidal (Wai Lan) also performed a song to wish the newlyweds well. However, the most touching moment had to be Charles singing I DO to his wife, which made the bride break down in tears.

Charles said that this wedding banquet was simple. Not only did it not have fun with the bride and the groom, it did not even have a table by table toast. He, Mandy and two family members only toasted the guests on the stage. However Charles' relatives revealed that when he accidentally took his mother's underwear to the shower. He was dripping wet as he screamed, "Who cut up my underwear?" Charles' secret "heavyweight" childhood photo was shown as well, guests had belly aches from his chubby look.

When Charles spoke on the stage about his mother's love and support he immediately broke into tears. His father in law praised him with a grade of 101 points, even revealed how happy his wife was when Charles called her "Mommy".

As for parenthood, Charles stated that he and his wife had an understanding as work would come first. Originally planning to go to Europe, he even revealed that he might shorten the trip and go to Japan for the honeymoon instead.
Posted by hktopten at 9:15 AM