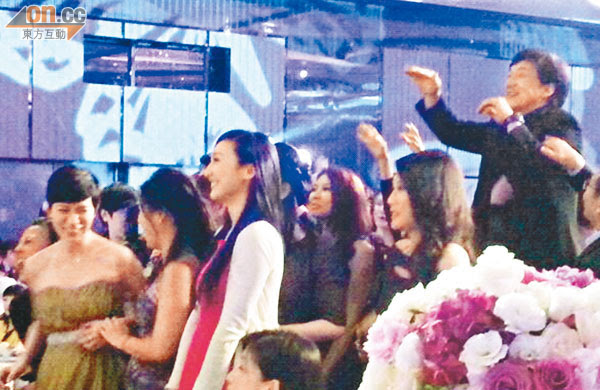 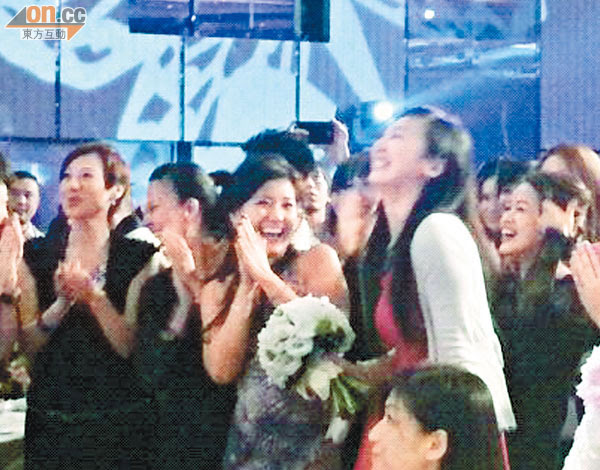 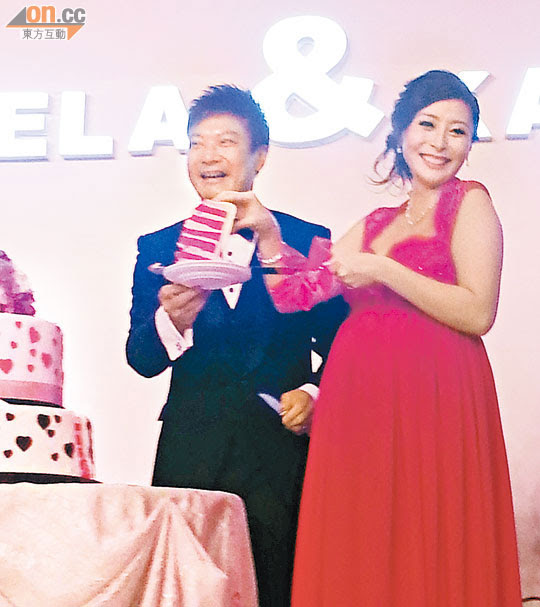 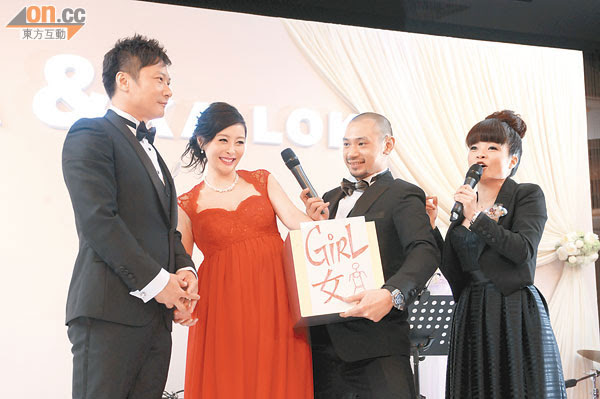 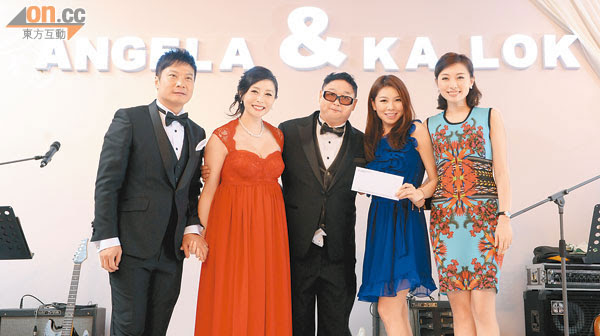 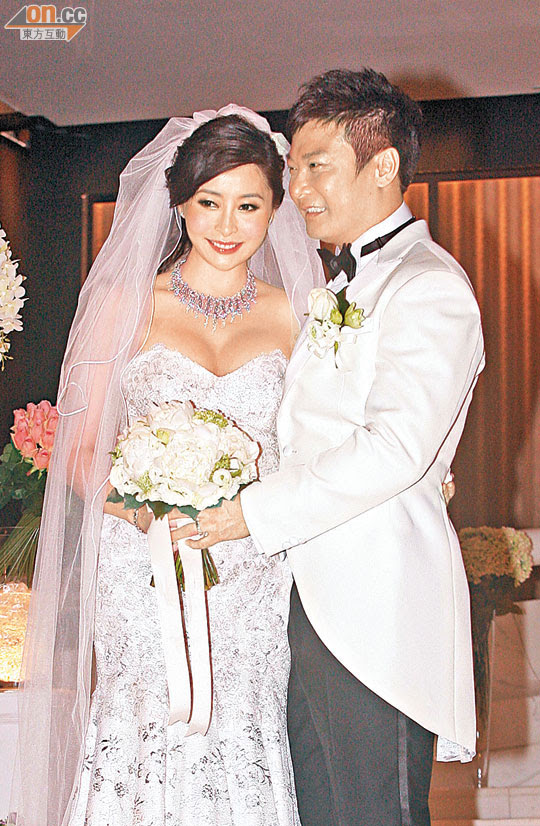 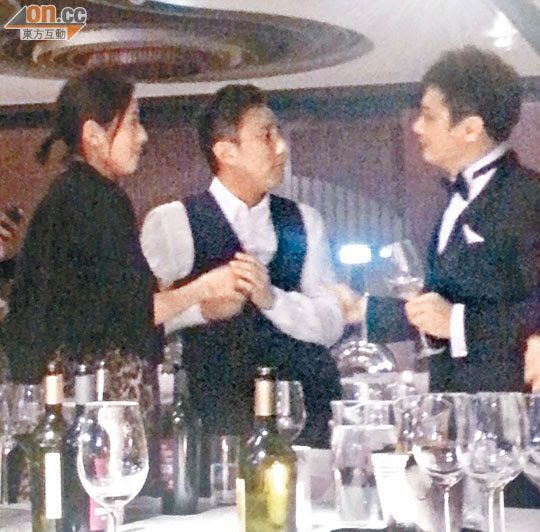 Chin Kar Lok and Angela Tong Ying Ying two nights ago held their wedding banquet and revealed that their baby will be a girl. Jacky Cheung Hok Yau who rarely attends banquets not only made an appearance in person but also performed EVERYDAY LOVE YOU MORE and YOUR FIRST NAME MY LAST NAME for the newlywed. Ying Ying was so pleased that she shed tears of joy. Ying Ying was moved to tears several times during the banquet.

After the banquet the After party continued at the hotel ballroom. The soonest to leave was Liza Wang Ming Chuen who did not feel well and left early to rest at home. She revealed that Ying Ying broke down several times. Sammo Hung Kam Bo and his wife Joyce Godenzi left together. He even said to reporters, "I don't even dare to look!" Seemingly he still minded being caught by the paparazzi. Around 11PM, Michael Kwan Lai Kit was helped into taxi by Eddie Cheung Siu Fai and another friend. Later Jackie Chan and Yuen Biao also left in the same vehicle. When asked if he wished the newlyweds well, he said, "I had too much to drink so I won't say! Hung Kam Bo get over here......" However Hung Kam Bo left long ago.

Samantha Ko Hoi Ning left with the bridal bouquet. She said that when she extended her arms during the toss, Ying Ying threw it right in front of her. However people made fun of her for being in a hurry to wed. She said, "If I run into the right one I can, but right now career comes first." Timmy Hung Tin Ming told her to bathe with flower petals. She said that she would not be so exaggerated. At most the bouquet would be an arrangement. Since she already caught the bouquet once at Skye Chan's wedding, she was worried that too many times would not be good. She also said that she guessed the sex of Ying Ying's baby but did not win the drawing. Finally Wilson Chin Kwok Wai's girlfriend Calinda Chan won the Cathay Pacific business class tickets for two.

Around midnight Aaron Kwok Sing Sing left. Although his eyes were red he was still very sober, gestured that he only drank a little and could drink his Lamborghini home. Did he come to learn from Kar Lok's wedding? He laughed and said, "Haha, since you ask questions like those I won't answer you." However he returned from Singapore to attend. Although he did not perform he thought the banquet was very touching. He also said that he grew up with Kar Lok and praised Kar Lok for having luck with people. Even Big Brother Jackie Chan rushed back to attend. He was very happy to see Kar Lok starting a family and wished the new couple well. Did he guess the baby's sex? Sing Sing said, "As soon as I arrived I already asked Ying Ying directly. (Do you want to have a child too?) Don't ask me." Some said that if it was his wedding everyone would be even happier, He said, "Thank you very much" and drove off.

Another soon to wed couple Dior Cheng Yi Kin and Yoyo Mung Ka Wai held hands down the stairs but broke off at the lobby. When Yoyo saw the reporters she grabbed Ekin's hand again and retreated to be the woman "behind" him. Ekin not only held Yoyo tight with the reporter surge but even held her waist to accompany her to the vehicle. Eliza Sam who was linked in rumors with Kar Lok attended the wedding. She revealed that she toasted the new couple but she only had a sip. Janet Chow whose expectant date will be February stayed until 1AM and left with Mrs. Michael Tse Tin Wa. Her husband Tin Ming stayed. When Derek Tsang Kwok Cheung left he joked that his father Eric Tsang Chi Wai was already drunk a hour ago. Did he need a "wheel chair"? He said, "No, he was still able to leave with two people helping him out of the secret exit."
Posted by hktopten at 1:28 PM