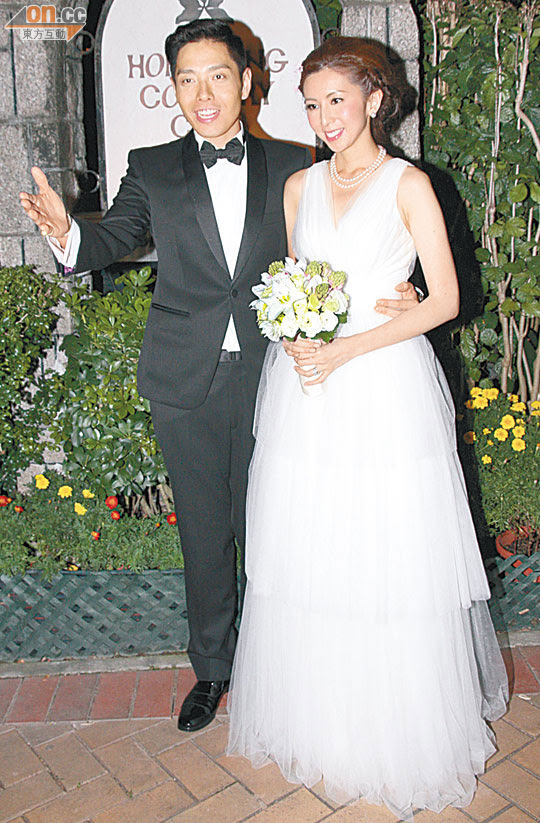 Charles Ying Cheung Yau and his girlfriend of nine years last night held a wedding banquet at the Hong Kong Country Club. Guests were mainly family and relatives. Also present were company co-workers and friends in the business like Janice Vidal (Wai Lan) and JW. Boss Leon Lai Ming due to work was unable to attend but Ying Cheung Yau revealed that he gave an unique present. When asked if Lai Ming asked him to have children soon, he said that his boss was very understanding and hoped that he and his wife would put career first. He also revealed his 70s singer mother Ran Xiao Ling performed a few hits at the wedding banquet and he performed as well. He said, "Surprise? It's just that song, for so many years it has given her a lot of surprises." The wedding banquet theme was the bride's favorite color pink and forest, but due to weather it would moved indoors.
Posted by hktopten at 1:15 PM