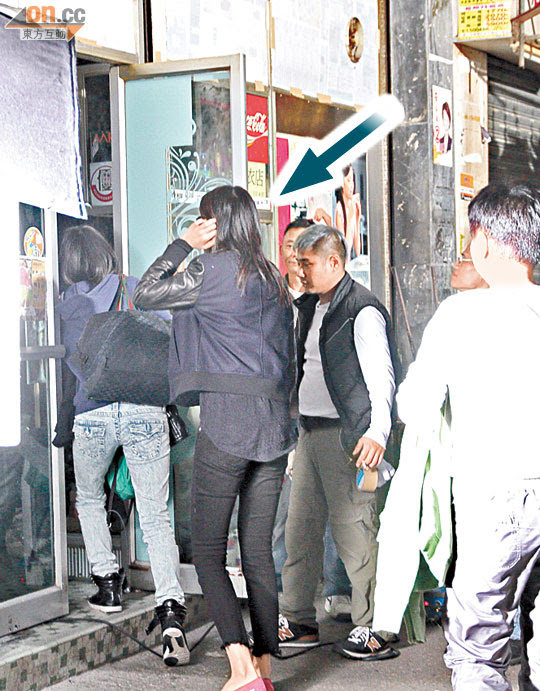 Kelly Chen Wai Lam has always been a favorite among directors, as she had many scripts for her to choose from. After giving birth to her second son "Little Dragon Bun" Lau Sum, Kelly finally chose the thriller SAU SUM DIK YUT GOR JI (A WORD IN THE PALM OF THE HAND, tentative title) as the first film of her return to film. Reportedly Kelly chose the film mainly to thank her benefactor director Lee Chi Ngai, whose film LOST AND FOUND (TIN NGAI HOI GOK) successfully landed Kelly in the Japanese market. Thus she was willing to work for a friendly rate. Actually this film consisted of three parts from three famous directors. Aside from Lee Chi Ngai, Fruit Chan Gor and Lawrence Ah Mon (Lau Kwok Cheung) will participate. Both are directors who are known in the international film festival circuit. The thriller will definitely receive international film festival attention.

Earlier at late night, Kelly secretly worked on the promotional short film along with lead actor Tony Leung Ka Fai. Kelly at first was somewhat surprised to find reporters at the coffee shop where the shoot was taking place, but finally stood still for pictures and chatted a little before going in for the shoot. Leung Ka Fai arrived earlier than Kelly. Film company boss Bill Kong Chi Keung was also on hand late night to supervise.

Kelly supposedly will play crystal fortune teller in the new film and have many scenes with Leung Ka Fai. During the shoot Leung Ka Fai stepped outside for a break, reporters took the chance to interview him but he declined to reveal anything about the new film. Speaking of Hong Kong films winning many awards at this year's Golden Horse, he excitedly said, "Hong Kong will continue to have many good film releases."

Speaking of Kelly working on the new film to thank director Lee Chi Ngai, her manager Claudie Chung Chun said, "Right, but I am not at liberty at answer anything else. Please ask the film company."
Posted by hktopten at 3:16 PM