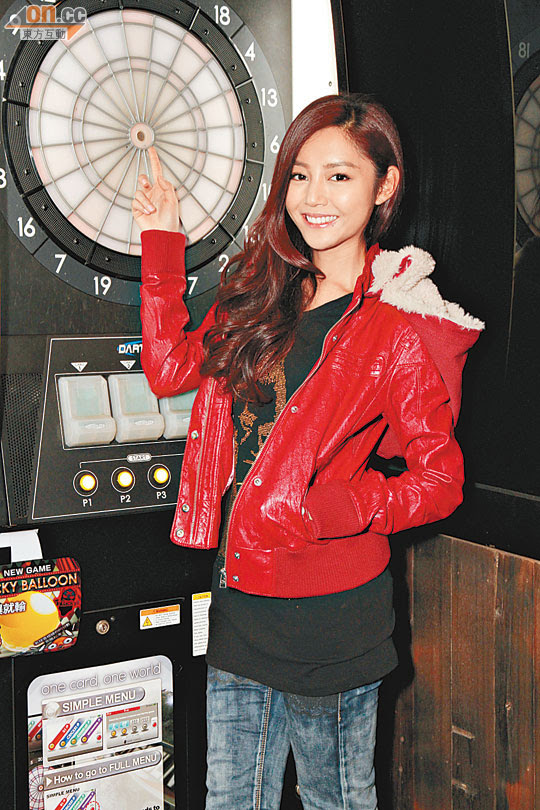 William Chan Wai Ting and Michelle Wai (Si Nga) in the Emperor Motion Picture TRIAD (JAT JIK) played a couple again. William played a mobster with brains but still was not spared from many fight scenes. Was he afraid that the scenes were too bloody? William said that it was not a gimmick, he only wanted for the scenes to be more realistic. Thus he could only sacrifice the Mainland market for the most authentic mob film. He said, "For the first several days I just kept taking a beating. The director explained to me that I only got promoted if I survived the beating."

Speaking of the most memorable scene, William said, "The gang slaughter scene was truly very realistic, during that half a hour my heart beat very fast and it was very uncomfortable! Another had 200 actors standing on Jordan, that scene was very shocking! (You have become a category III actor.) Right, but it has no sex, only the subject and the slangs were more sensitive."

In another scene, knife wielding killers chased William and Si Nga in a car and they ran until they were soaked and out of breath. They even almost died under the car. William said, "The first take we couldn't predict the distance. When we turned around we realized that the car was super close, with only a few inches! If we stopped we really would have been run over! The funniest part was the other killers ran further and further away, actually they were afraid of getting hit too!"

Insisting of "real chops" William finally was injured all over but he did not need girlfriend Charlene Choi Cheuk Yin's comforting. "My arms and face in order to block the knife were bruised and scrapped! Did Ah Sa comfort you?) I don't need it, it's work! Instead I want to keep the wounds, the pain would get me into character more!"

However, even the coolest boss had moment of panic. Si Nga revealed that William accidentally kicked her hand. "At the time he had to save me, but he was in too much of a hurry and stepped onto my hand. I was in so much pain I thought my hand was shattered! (Do you want to be an action actress?) Great! I like wire work, I want to chop someone too!"
Posted by hktopten at 7:35 PM